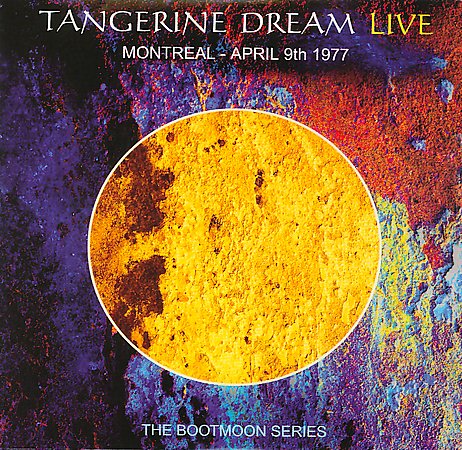 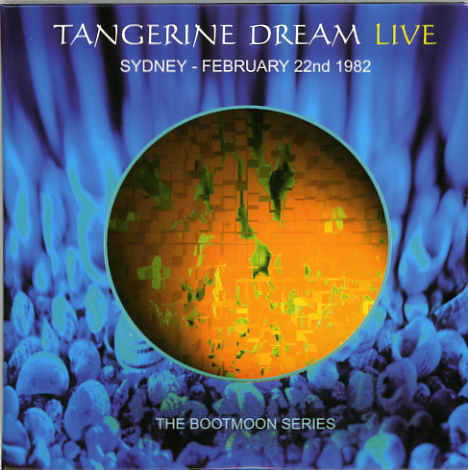 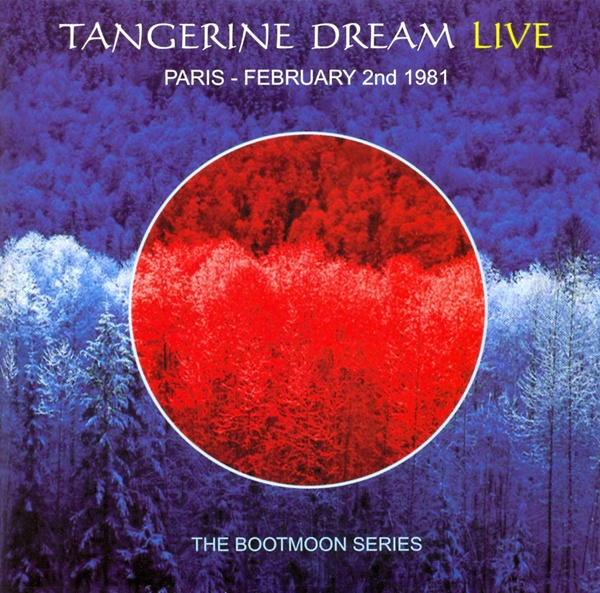 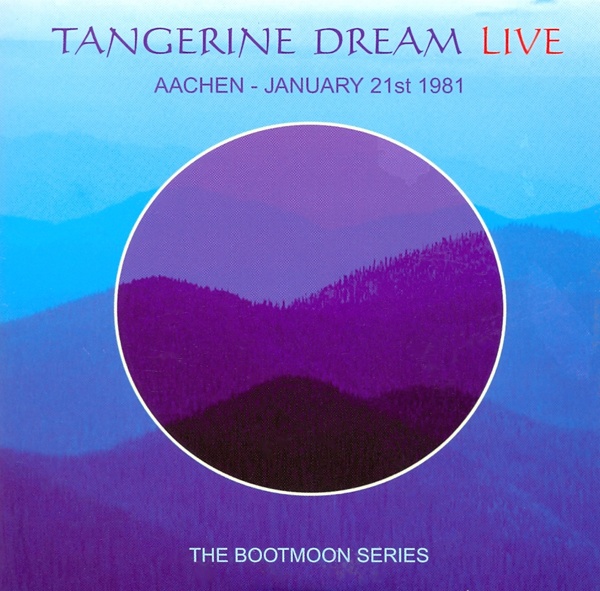 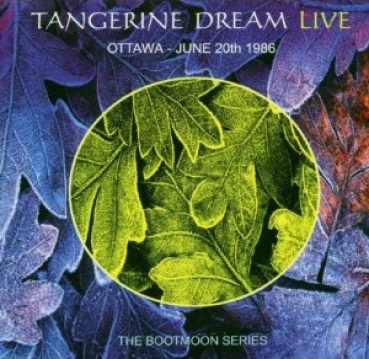 1977 was the year that Edgar Froese, Chris Franke and Peter Baumann conquered North America and Canada with a massive twenty-plus city tour (and on select dates performing with Laserium). The April 9th gig (recorded for FM radio) took place in Montreal earlier in the tour with the trio expanding on elements from their highly successful Stratosfear album that had charted well in the US. The gig starts out with a phased steam engine cycling between both channels before diving into an effective but creepy Mellotron-driven theme. Sequenced pulses fade into the sound map to give the “First Movement” some rhythmic structure. The trio then moves into extended synthesizer and flute based Mellotron solo improvisations that were high on drama propelled along a linear course. The band could easily establish their own electronic grooves and cycle seemingly in an endless barrage of random sound effects linked to directly to hours of intense rehearsal and telepathy. The “Second Movement,” in contrast, is begun with a loose piano passage with some warbling synth grinding in the background. This sets the tone for another cyclic reprise of the main themes from the title track of Stratosfear that works well in a live setting with old minimalist style synth drum accompaniment. Sound effects and cascades of thumping synth patterns created a recognizable tension which fans were excited to hear in a live setting (many tripping out on psychedelics of the day). Otherworldly voices matched with dissonant chords meant quantum leaps to the trio who not only pioneered the techno movement but refined it on personal level (in contrast to Kraftwerk). Froese switches over to lead guitar for some expanded soloing mid-way through the third sonic excursion which often paralleled elements of Mike Oldfield’s instrumental catalogue. Disc two continues the trio’s set with tinkling crystalline swirls, lush faux strings and plaintive organ before meandering again into another sequential sonic workout. “Fifth Movement” matches much of the intensity of the third with Froese’s fiercest guitar lead in the set.

1981 began another year of touring for Froese and Frank with newest member Johannes Schmoelling on board driving the new trio into somewhat familiar musical realm. Rather as a tangent to recent film collaborative works such as Michael Mann’s Thief (with James Caan), this two CD bootleg performance captures the band expanding on ideas begun with Tangram and Quichotte (the latter a live date from a year prior). Certainly the sequencers were still in force as heard on the opening two cuts “Undulation” and the two part “Calymba Caly” of which also appears on the Antique Dreams set. The drum machines get a bit plodding on “Thermal Inversion,” but I’m certain that with the proper light show this was partially compelling. The real surprise in the set list is a five minute extract but a strong, familiar performance of the main theme from “Force Majeure” that predates Schmoelling’s tenure with the band. Other pieces of note include “Silver Scale” which originally appeared as one of the unreleased pieces on the 5 disc Tangents box from 1994. Also a live version of “Chronozon” appears which would later be included in the band’s summer sessions for Exit. Closing out the set is “Trap Feeling” which previously only appeared the Siren boot from 1981.

The following year brought two more releases from the trio and some carryover songs in their set list. Retained in this rare live concert from down under are “Thermal Inversion,” “Force Majeure,” and “Choronzon,” each bundled into the last part of the band’s performance. The first piece again is characterized by a quick tempo that pushes a dynamic rock theme while the latter piece relies on drum machines to create a metallic but effective vibe. The spotlight of the set was the new album White Eagle of which three pieces were played that evening. “Convention of the 24” opens the gig on a slowly building premise that steadily increases tension and pulse. The shorter title track of the new album is the follow-on and it opens with spacy electronic voices before sweeping into a standard delivery of synthesizers and chordal wash. “Mojave Plan” is the 25-minute centerpiece of the show and by far the most ambitious undertaking sonically for the trio on the stage. Opening with an experimental set of tentative sounds and percussion, the soundscape eventually develops into a linear nearly techno vibe. Possibly the best piece of the night was “Logos (Part One),” which would later be expanded to two parts when recorded live in the UK later that June. The track features a slow emphatic synthesizer fanfare that is both majestic and one of this line-ups high point pieces. For completists, this two CD set supersedes the Sohoman classic editions release by adding six additional tracks and thus completes the entire show.

By the time of the last live set in 1986, Schmoelling had departed after a perceived decline in high quality new material. New keyboardist Paul Haslinger joined early in the new year. The rejuvenated trio recorded Underwater Sunlight in Berlin in April and was eager to take their new pieces on the road (and road test a few others). The National Arts Center in Ottawa was one of seven gigs in North America during that summer’s tour. The bulk of the new release was the focal center of this good sounding audience recording with three new pieces “Dolphin Dance,” “Scuba Scuba,” and “Underwater Twilight” included later in the performance. The former piece is characterized by a plaintive rhythmic soundtrack and a simple melodic line while the latter piece is a slice of 80s rock which would have benefited from one of Froese’s trademark guitar solos. The surprise blast from the past is the welcome inclusion of the title track from Stratosfear where the new trio plows through with composure. Unusual for most TD gigs was the inclusion of two distinct piano solo sections. The first I assume is played by Haslinger and features some of the most tranquil and emotive moments of the evening. The brief Mozart piano concerto leads into “Rare Bird” and was also played by Haslinger as comic relief (much like Rick Wakeman did with Yes) and shows he could deliver a standard classical piece within a live context. A few from this performance would later appear on Le Parc including the concert closer, “Bois de Boulogne,” plus “Zen Garden” and “Yellowstone Park.” The only discernable lowlight of the Bootmoon reissue series is the lack of any specific information regarding the gigs, analysis or recollections by band members. In summary, Edgar Froese clearly has a handle on selecting and now presenting the best representative live shows of his iconic act through many line-up and style changes.

Adrian Marcator - Eiderland Suite – Eiderland is strongly rooted in German traditional folk music stylings, although all of its twenty tracks are original material. In summary it could be said by comparison, that Eiderland is to German...  (1993) » Read more