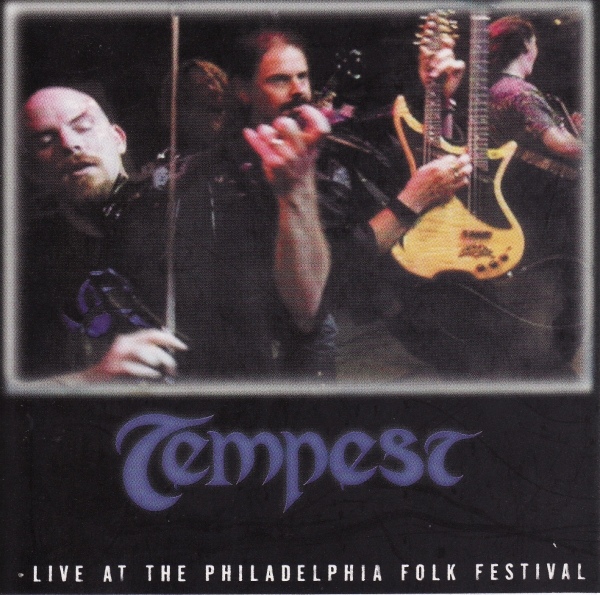 It’s about time that these Bay Area Celtic rockers released a live CD! Impressive as Tempest’s studio releases have been, they’ve never come close to the essence of the band’s live performance. In concert, Tempest has an intensity that somehow gets a bit watered down in the studio. There’s one lineup change on this, Tempest’s eighth album: newcomer Todd Evans has taken over guitar duties from Greg Parnall. Otherwise, the lineup is the same as on 1998’s The 10th Anniversary Compilation: Lief Sørbye provides lead vocals and plays double-necked electric mandolin, Michael Mullen fiddles an electric five-stringed violin, John Land handles the bass, and Adolfo Lazlo pounds the drumskins. Only seven songs are on this 41-minute CD, but they’re diverse enough to convey the breadth of Tempest’s repertoire and to give a sense of their live presence. The performance is energetic and showcases the band’s talent for tight ensemble playing at the same time as it allows individual members the freedom to improvise and to add some playful humor (e.g. Sørbye’s insertion of a classic Black Sabbath riff into his signature solo in “The Karfluki Set”). On the down side, there are a few mix flaws here. Specifically, the drums aren’t quite loud enough, Sørbye’s voice is slightly distorted from the PA-system, and there’s some audience noise during the songs (clapping along, mostly). Because it’s short and has these mix shortcomings, this CD may not be the best introduction for newcomers, but those who’ve already come to enjoy Tempest’s brand of hard-edged Celtic rock will find listening to this to be almost (but not quite) as enjoyable as attending one of their shows.