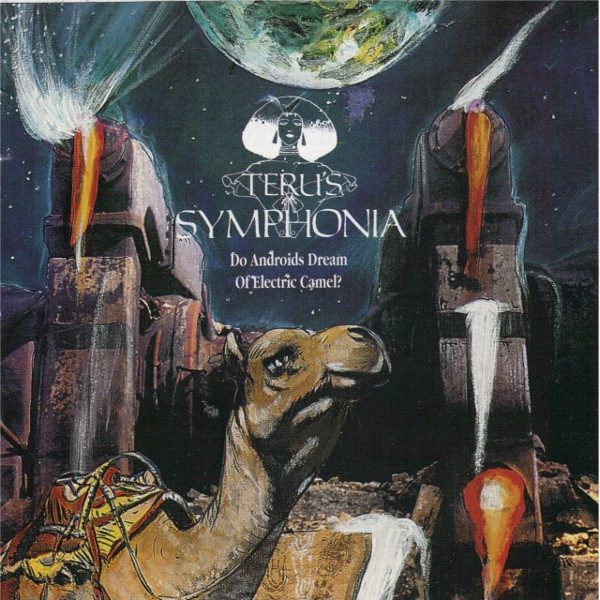 Teru's Symphonia is a Japanese band lead by guitarist and composer Terutsugu Hirayama, but it's the vocals of Megumi Tokuhisa that get your attention. She's a great singer. On "From Softly Night... Till Blessing Morning" you could swear you're listening to a Japanese Kate Bush. I would place this band's sound somewhere between Kate Bush and Asia. This album is chock-full of hooks and melodies that really grabbed me. Tokuhisa's multi-layered vocals are all over this album, and your like or dislike of the band may hinge on her. Very much in the neo-prog style, it's a grand, thematic affair, lot's of big, triumphant keyboard themes (reminiscent of Geoff Downes), and as with most Japanese bands, the musicians are all first rate. The opener "Do Androids..." floors me, it's an eight-minute epic, and the major melody line here is so cool, like something from Lawrence of Arabia. Same with "Anniversario." Just gorgeous. I think there must be a lot of Japanese pop in this or something, very catchy stuff, but it rocks too. This is an album I know many will dislike. In fact I consider the production here to be over the top, sounding at times like a movie soundtrack, owing as much to Jerry Goldsmith as to any British neo band. This album by any other band could be downright scary, but Teru's Symphonia make it all work, and work well. It's all sung in Japanese, but English lyrics have been provided. Which is cool, far better than faking English, and you still get the gist of the song. I flipped for it.

Falling Apart in the Discovery Zone