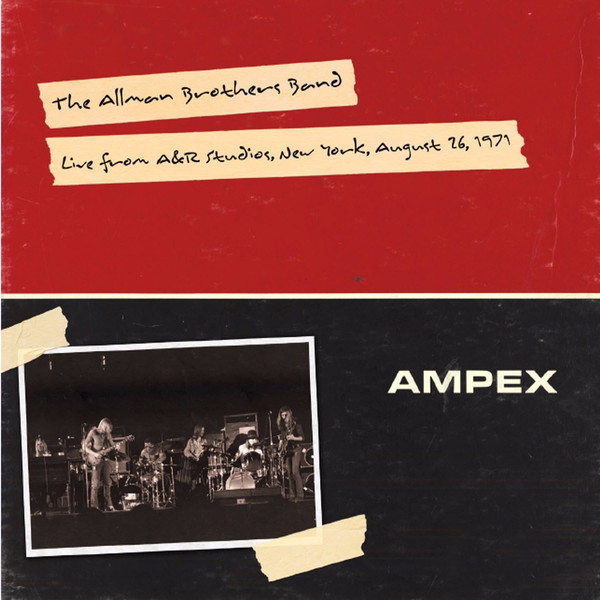 This is a new addition to my second tier, a live radio broadcast documenting a rare sweet spot in musical history. The Allmans had just come off of their legendary Fillmore East album and were invited to play at the 100 seater A&R Studios in late August 1971 for radio broadcast, and at this point in their career they were at their very peak. Like a lot of improvisation-heavy bands, The Allmans managed a very long career with a lot of changing line ups until their recent retirement with a lot of good players. But I get a huge jolt after listening to that stuff and then returning to when Duane was alive and in charge and if there was any doubt he's part of the guitar god pantheon, a listen to this performance would erase it. His slide guitar playing here is so full of fire and vigor that there are so many moments on here that just make me grin. And I think a fraction of the reason for that is having the great Dickey Betts in the second chair pushing the energy along and being one of the few guys alive who could keep up with Duane (gotta give Eric Clapton his due here on Layla and Other Assorted Love Songs as well). I'd have to say among this great set you have contenders for the best versions of "Trouble No More," "Don't Keep Me Wonderin'," "In Memory of Elizabeth Reed" and "Hot 'lanta." It's also kind of cool, in a way, that this show is missing a space-taking "Whipping Post" or "Mountain Jam," as great as those pieces could be live they could also be venues for meandering just a little too long and their absence just makes this set that much more tighter and impressive. An absolutely glorious CD and extremely inexpensive to boot (one has to wonder what the big drop was here when earlier Allman archives went for twice the price). It's amazing to think how much good live stuff has come out recently with this, 30 Trips and the Humble Pie Fillmore East box.

Porcupine Tree - Nil Recurring – This mini album consists of four songs (totaling about 30 minutes) that were written and recorded during the Fear of a Blank Planet album session but were held off for a variety of reasons. Even...  (2008) » Read more