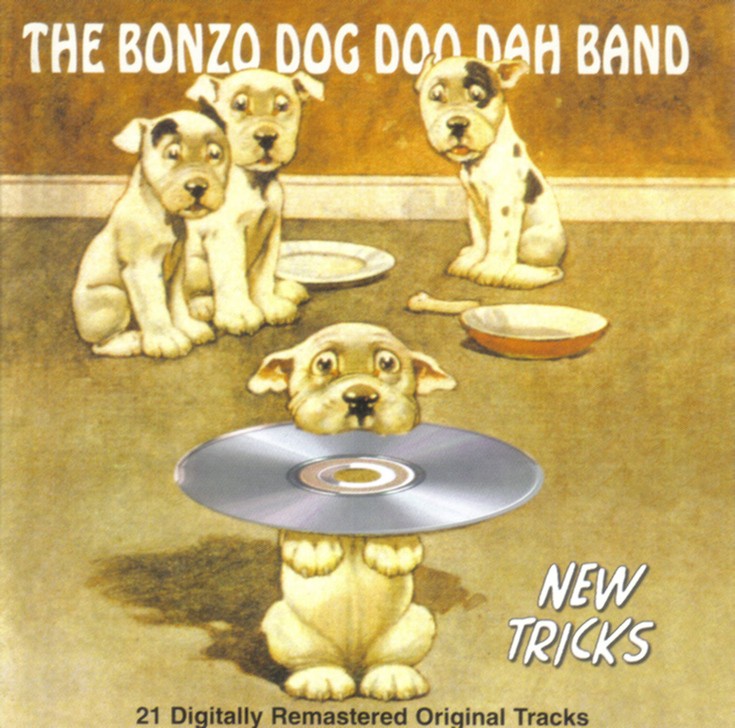 Comedy troupes recording albums for the rock and roll audience stem from such acts as the Firesign Theater and England's Monty Python (with Eric Idle and John Cleese). Voiceprint has been keen enough to usher in a re-release of Vivian Stanshall and Neil Innes' UK act, The Bonzo Dog Doo Dah Band, which toured in the late 60s alongside such acts such as the Nice and Yes (among many others). New Tricks is the group's 18th album and this compilation also includes "I'm the Urban Spaceman" b/w "Canyons of Your Mind," a single that reached #5 in the UK and was originally from their third LP, Tadpoles. Pieces originating from their first LP, Gorilla, include "The Intro and the Outro" (which was reprised by Stanshall at the end of "Tubular Bells Part 1"). Other notable classics included "Shirt," which details a "man on the street" skit where passers-by are asked about the essentials of wearing apparel. "Hunting Tigers" is also a longtime fan favorite along with "We Were Wrong" (the closest thing to a genuinely serious song). I'm not certain how Yes' first keyboard player Tony Kaye became associated with this tongue-in-cheek comedy group, but he is credited for co-writing "Rusty (Champion Thrust)," which dates from 1972 along with "Slush." "Busted" portrays the agony of a hippie being caught red handed doing his thing in public. Overall, it's impossible to keep a straight face while listening to this collection of English whimsy.