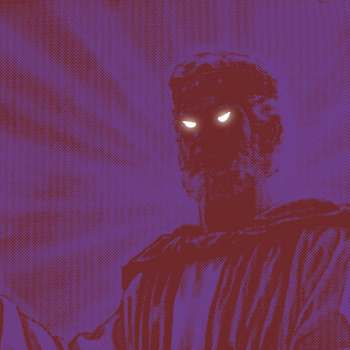 This Scottish four-piece of guitar, bass, synths, drums and ‘chants’ –and oscillations, has been kicking around the last couple years releasing albums in micro-quantities, mostly cassettes and downloads, some on LP, and this one made it to both CD and LP. The fact that they have six releases in 2013 alone – and the year isn’t even over yet – should let the prospective listener know that these guys are recording everything they play and not filtering much out. Their stock in trade here is free-form psychedelic rock held down by a steady rhythm section, an abundance of guitar soloing and synth, all bathed in primitive electronic embellishments; everything sounds like it was recorded under heavy reverb – or in a cave, take your pick. Any of the tracks here might be perfect accompaniment to your next lysergic drug experience, especially on the final cut when the treated voices kick in. While the opening title track, a more or less formless uber-psychedelic post-rock jam, goes on for two album sides (34 minutes and some change), it could have benefited from some of that filtering; this easily could have been done in 20 minutes, or even 10, and been all the better for it. Classic German bands like Guru Guru, Amon Düül II and Ash Ra Tempel were able to accomplish the same thing with better overall results on a single album side. At this length this listener is worn out long before the piece is finished. The remaining three titles (“Anatta” and “Khartomb” form a single side-long piece, and “Anaphora” does the same) fare much better for their more moderated length. All taken, the music here is promising, they just need to tighten up the excesses.

Robert Rich - Geometry – As the title implies, this reissue — originally recorded in 1987-88 and previously only available as a French import CD — crosses the bridges between mathematics and music, applying these...  (1995) » Read more