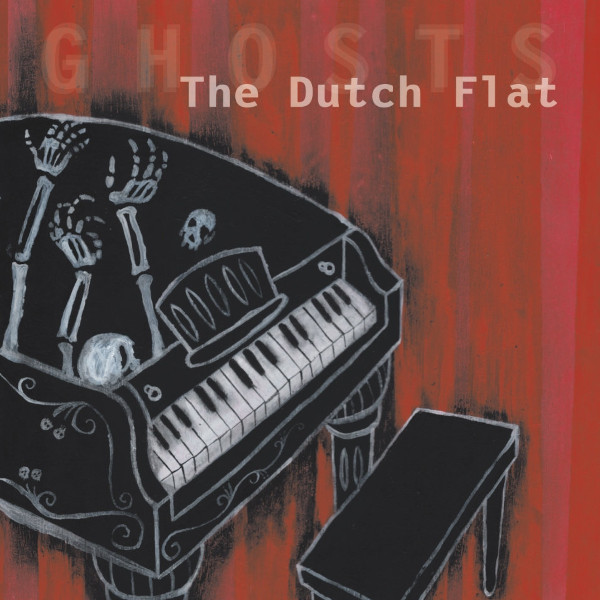 The Dutch Flat doesn’t sound much like the other bands I’ve heard in the post rock genre, but if you have to put them in a genre, that’s probably where they’d go. Tim Graham’s guitar is the most stunning part of their unique concoction, with little reliance on standard rock or blues figures, building songs out of unusual combinations of notes and ever-changing motifs that evolve from quietly dissonant to thrashing intensity. With little or no recourse to effects devices, Graham provides a constantly shifting palate of sounds that serves the songs and drives them to ever-increasing heights. Like many post-rock groups, The Dutch Flat is a trio – Graham is joined by Matt Genz (bass) and Sam Schauer (drums) (in the past there have been up to five members); unlike a lot of post-rock groups, The Dutch Flat does rely on songs, and the vocals (by Graham and Genz) are prominent and intense without being overdramatic. The closest comparison I can think of is Nirvana crossed with something arty like Pere Ubu, and played with more energy than a trainload of Green Days and Blink-182’s. For all of Graham’s guitar calisthenics, the band would not work without the able support of the others. The arrangements turn on proverbial dimes, with tempo and key changes navigated as if they were standard fare for rock music. The amazing thing is that even with all the complexity, the music comes off sounding natural, not calculated, and can appeal to listeners of various stripes.