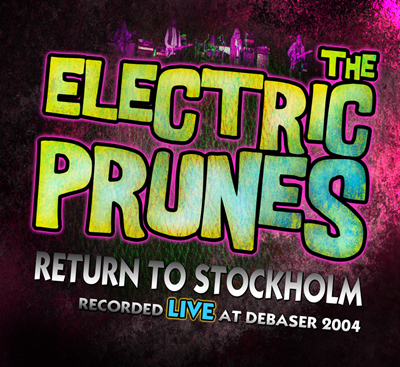 Anyone who was alive in 1967 will remember the gripping Electric Prunes hit song “I Had Too Much to Dream (Last Night),” and for most, the band was quickly forgotten after that. For those who dug a little deeper, there was an album (and a follow-up album Underground), with plenty of outstanding songs by this classic five-piece California garage band. The strength of that hit brought them worldwide fame and catapulted the band across the Atlantic for a European tour which included a date in Stockholm, recorded by Swedish Public Radio, and immortalized on the 1998 archival release Stockholm ’67. The band’s manager had ambitious plans for them that included recording a rock mass by composer David Axelrod (Mass in F Minor) that ended up being the band’s undoing, and following that album, the original band broke up. Two more albums were recorded using the Electric Prunes name, but these were session musicians hired by the original band’s manager. Fast forward thirty years to 1999, and three key members of the original lineup reunited with two new members, first touring, and subsequently recording new material. The live set at hand was recorded at the reunited band’s show in Stockholm on October 10th, 2004. The set includes their big hit and its follow-up “Get Me to the World on Time,” plus a dozen more cuts, many culled from the band’s first two albums from ’67, but just as many from the band’s then-current studio releases Artifact (2002) and California (2004). The band proves that they are, more than ever, a force to be reckoned with, and the newer songs underscore what was always impressive about the band’s original material. Some rough edges – yes, they are a “garage band” after all, but one of the best.