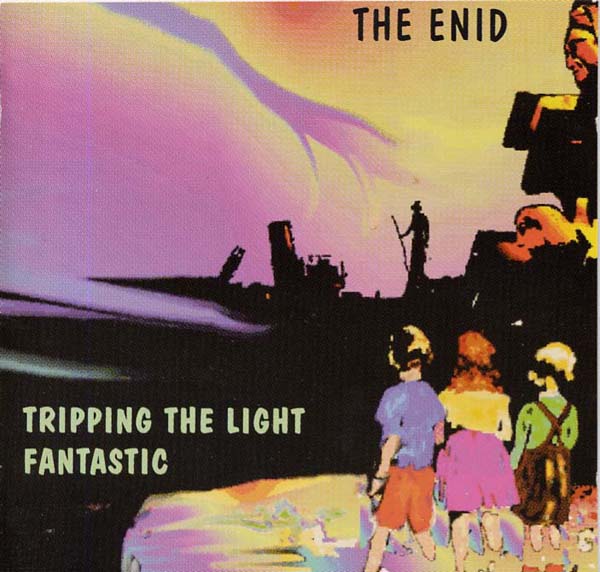 The world’s premier symphonic group is reborn. With the release of this album, Robert John Godfrey opens up the third chapter in the now over twenty-year history of one of England’s most enigmatic bands. So many people claim to love symphonic progressive rock, while the Enid (who I’m convinced represent this genre better than anyone) remain in obscurity. Perhaps Godfrey’s music resembles orchestral music too much; or rather, to a point that carries it beyond the realms of rock. But he is a composer with an enormous insight into music. How rare it is to find a musician of this caliber, who so ably exploits the ethos of the late-romantic period, and so poignantly expresses it in his art. The themes and symbols he draws upon in his work reveal the depth with which he portrays, in musical terms, a quest to fathom our humanity. The results (on each of the albums) speak for themselves. New guitarist Nick May (veteran of Dagaband, Jadis, and his own solo projects) brings a heavier approach to the proceedings, while drums and bass are filled out by a few newcomers with whom I have no previous familiarity. Basically, it is an all-instrumental effort. Seven lengthy tracks clocking in at just under 60 minutes make for a vivacious listening experience, touching on all elements of The Enid past but pointing in a new direction. It’s impossible to tell which material is newly-composed and which is derived from the never-finished album from 1988. Ironically the strongest link is that with the Come September/Enid period. Three of the pieces on the new album use melodies that previously appeared on the short lived Enid band’s first mini-album Half an Hour in the Jungle. It is interesting to hear how cleverly Godfrey has woven them into the fabric of the music. Though not a concept album, thematically certain pieces revolve around the Freudian Id and its “...dominion over our often painful lives.” The predominant spirit of this CD culminates in a blast of glory on the album’s finale “The Biscuit Game." Overall, I’d say this album fits right in with their past history: Touch Me, Something Wicked This Way Comes, In the Region of the Summer Stars; Tripping the Light takes its place along these and Godfrey’s other masterworks.