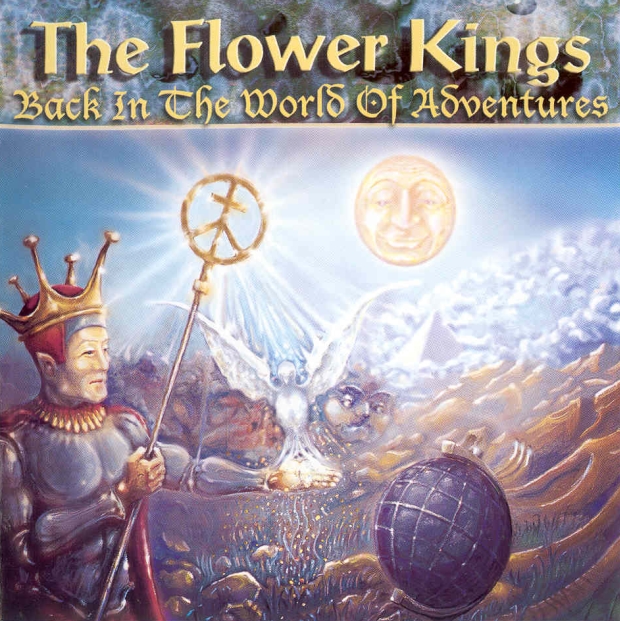 Don't let the name fool you. The Flower Kings can jam! Take some soulful groove drumming, occasional Frippertronic style guitar, medieval flute-led romps in 7, and a plethora of keyboard and guitar tones. Combine that with the smoothness of Camel and that's a starting point for what Back in the World of Adventures can sound like. It's much more than this though. There are tons of nice long instrumental sections, like the majestic middle section in the opener, "World of Adventure," melodic Steve Hackett style layered backing vocals, cool chord changes - not to mention gobs of Hammond and Mellotron. The lead vocals are sparse and unobtrusive for the most part, with the exception of those in "My Cosmic Lover," which are sort of aggravating. The variety of guitar tones, and the combination of both vintage and modern keyboard textures gives the album a fresh sound - perhaps in some purgatory between retro and neo prog. While several comparisons can be made about their sound at any given point, there's so much variety in the music that no couple of influences are evident throughout the entire work. Although the album is over an hour long, it doesn't seem to drag along, which is saying something in itself. I guess it's true: you can never go wrong with lots of odd meter.

Exclusive Raja - Off the Map – Off the Map is the debut release by a new French band on Musea's Musea Parallele series. Picture if you will a musical blend of Robert Fripp, Richard Pinhas, Alain Markusfeld, and Camel and you...  (1994) » Read more