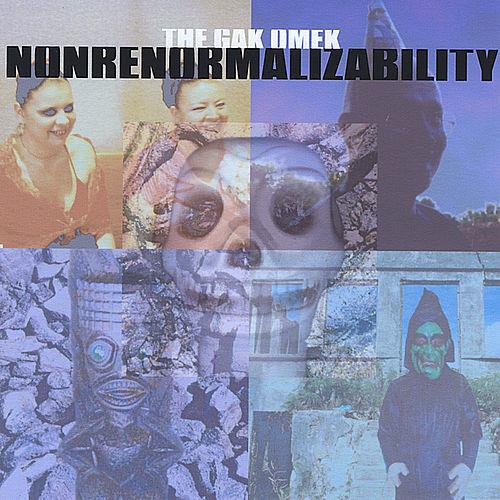 The Gak Omek is the project of one Robert Burger, and this is album number three. Mostly we hear guitars, guitar synths, synth-drums, keyboards, clarinet, some wild electronic sounds, and lots of programming. The credits list an array of other instruments like bagundochord, yakapod, schrimpler, and a lot of other stuff that’s probably fictitious. With each release Burger has ratcheted up the complexity of the compositions and density of the arrangements, turning in material that is at once synthetic, mind-bogglingly futuristic, and highly symphonic. Occasionally bombastic might fit into that list as well, but it’s never simply for its own sake. The previous Gak Omek release, Return of the All Powerful Light Beings (2004, reviewed in issue 31) was a solid enough release, but would not have suggested that something like this would be in store as a follow-up, displaying many of the traits now seen here in far fuller fruition. One can assume, with six years in the making, Burger had a lot of time to hone and tweak these compositions to perfection. Like the earlier disc, Nonrenormalizability has no conventional vocals, but does have some spoken ‘alien voices’ in a couple places. Also like the earlier disc, the use of programmed synth-drums (and rhythms that are impossible) holds the project back somewhat, unless this synthetic musical persona is what the goal was. A performance of this material by a full band would certainly present it in a different light. That said, this is nonetheless an impressive third effort.