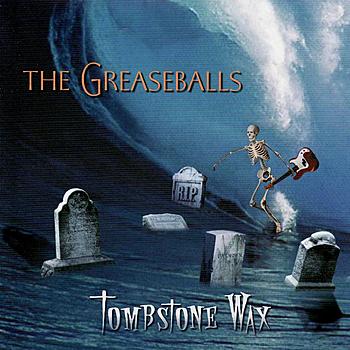 And now for something completely different... How about a new surf-rock album from the Midwest? Guitarist Bill Bulinksi started his recording career in the mid-60s with a band called The Electras, and formed this band in the 80s. He brings them back together every now and then (their debut CD dates from 1997), and this time they recorded a set of 17 instrumental rock tunes. And while it might be said that a whole new album of tunes reminiscent of Dick Dale, Link Wray, or the Ventures is redundant, well, you only have to listen to get caught up in the peculiar magic of this kind of rock. It's just so darn much fun. And to be fair, Tthe Greaseballs do mix things up by featuring an acoustic guitar on the rhythm parts on many of the tunes. The melodies are catchy all around, often bordering on the familiar, with sly nods to some classics like "Walk Don't Run" tossed in for good measure. The key to being successful in a relatively restricted genre like this is balancing variety with familiarity, and they manage that by giving us the occasional slow song, or mixing in Middle Eastern modes, or giving a nod to Roy Clark like electric country picking. Plus, you have to bend the notes in just the right way, and Bulinski has that down pat. I can think of a lot worse ways to spend forty minutes than bobbing your head to fun stuff like this.

Barclay James Harvest - Time Honoured Ghosts – After leaving the Harvest label, BJH met up with U.S. Producer Eliot Mazer (Neil Young) who recorded the band in San Francisco in the summer of 1975. The quartet was on the upswing with bassist Les...  (2005) » Read more