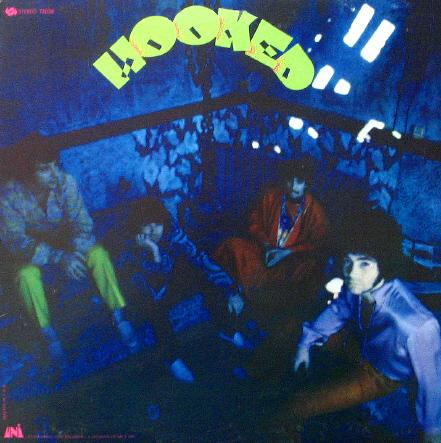 One of the best parts of picking up modern reissues of obscurities from the 60s is that so many of them have interesting liner notes detailing the near-misses and might-have-beens of that distant time. Unfortunately, this CD is an exception. Aside from the list of song titles, the copyright date and the cover art, no information whatever is provided. What I can tell you is that these four guys wore some killer threads, had a considerable amount of hair, and could rock pretty hard. The line-up seems to be guitar, organ/piano, bass, drums, with at least one of them singing. Their forte is riff-based garage rock with occasional forays into soul and psychedelia. Both guitar and organ get some great showcase moments in, with guitar taking the majority of solos, usually enhanced by a fuzz tone, and not too full of clichés to be enjoyable. I suppose they would have extended the tunes for additional soloing when they played live, but for this studio effort, the arrangements are short and to the point, with one exception, the six-minute “Son of Fantasy II,” which is probably the album’s highlight (with the warning that it features a phase-shifted drum solo). Garage and psych fans will find plenty to enjoy here, even if The Hook were not among the giants of their age. I’m sure there must be an interesting story behind this band, but for now we just have the music itself.