The Instigations — Soundtracks for Alternate Realities
((Not on label) , 2008, CD) 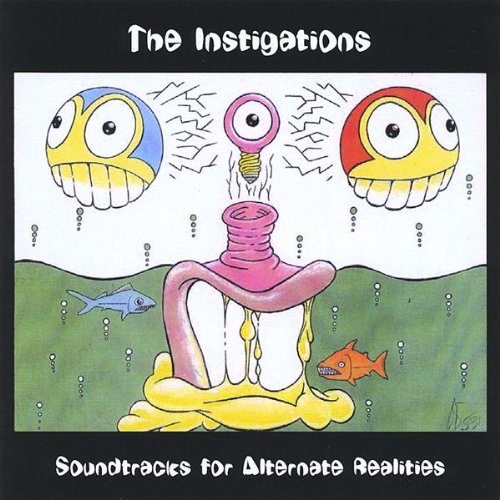 The Instigations, for the purpose of this recording at least, is one Owen Green, who alone with the assistance of a guest female vocalist on one track created all the sounds on this otherwise primarily instrumental disc. The sounds employed herein are primarily electronic keyboard or MIDI based, with many other instruments making their regular appearances via samples or realtime, yet the end result is quite varied and certainly wouldn’t fall under the banner of electronic music or ‘electronica,’ perhaps because it attempts to assume much more ambitious musical forms, and indeed succeeds at that. This is all over the map stylistically, from short quirky melodic vignettes incorporating elements of euro-folk, jazz, and classical mixed with rock textures, to longer pieces that if performed by a full ensemble would fall more squarely in the progressive rock realm, but the key to understanding how this puzzle fits together is in the title itself: Soundtracks. Each of the fifteen pieces here could easily be found supporting a television or film soundtrack, or even a video game. While much of this tends to be on the weird, strange, or fringy side, the entire album remains surprisingly accessible overall, and begs for repeated plays.