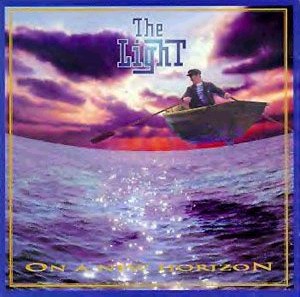 Firmly rooted in the more commercial prog-rock of the late seventies, this quintet from Los Angeles have captured that nice fat sound of bands like Saga, Styx, Boston and Kansas in their heyday, a very authentic style that seems to be dated right around 1978 to 1980, with few influences evident from any point after that. It's a bold and grand style, full of powerful guitars and keys, where walls of sound switch off with more supportive passages for vocals, where instrumental hooks and memorable refrains could make almost any of these ten tracks radio-ready – at least the way radio was back then, and yet there is enough going on in the compositions and arrangements to keep them interesting. Those blaring vocal triads involving frontman David Downum and three other band members could be straight out of the Equinox / Grand Illusion formula book. All of the tracks are penned by bassist Ken Balagna, who offers a strong melodic and lyrical sensibility void of the pretentious excesses and that gave late seventies rock critics so much ammunition – the only notable exception being the closing track with its taped sound effects and narration. In summary, those looking strictly for cutting edge forward looking prog won't find much here of interest. Nonetheless, The Light have done an admirable job of recreating the past.