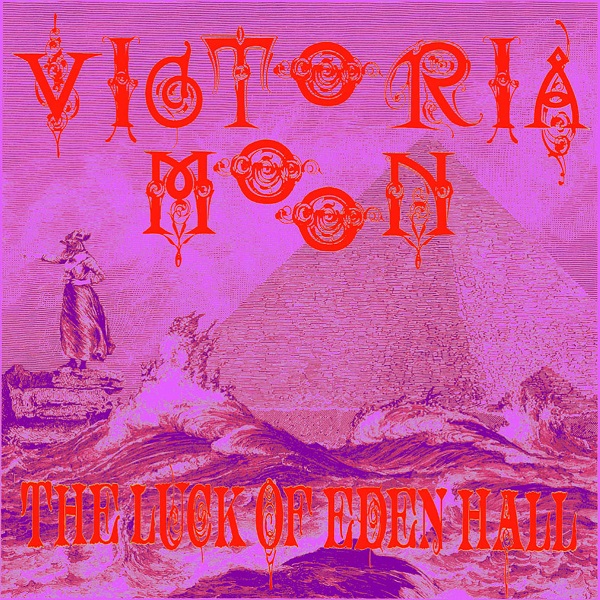 The Luck of Eden Hall initially released their seventh release Victoria Moon as a limited edition CD as a premium for their Kickstarter campaign in June 2013 to help fund their trip to the UK to perform at the first Fruits de Mer All Dayer concert in August 2013. Consequently that release has sold out. Now Dutch label Headspin Records will reissue Victoria Moon on vinyl this fall. This new edition will be a double gatefold sleeve with an eight-page book and a sticker. And there will only be 300 copies released, so it is another limited edition. The Luck of Eden Hall hail from Chicago and have been playing and recording their unique brand of pop-psych since 1993. They are Curvey (vocals, guitars, bass, theremin, synths, drum kit), Mark Lofgren (vocals, bass, guitar, synths), Carlos Mendoza (drums), and Jim Licka (Mellotron). Now, I am a bit uncertain as the correct contents of this reissue. The promo material lists the same 13 tracks as on the initial release, but the promo CD they sent contains an additional seven alternate mixes of some of the tracks. It is probably my ears, but the only difference I can tell with these alternate versions is that the sound is cleaner and the vocals are easier to understand. Two of the tracks, “Sassafras Overcoat” and “Dandy Horse,” appear on Greatest Hits, Vol. 1. Overall, Victoria Moon is a disc filled with their signature sound, and there are a number of standout tracks. The title track uses various sounds and effects, reversed tracks, sound bites, and megaphone vocals ala Sgt. Pepper to create a trippy mood piece. “Sitting Bull” is another song of note with its heavy driving beat. There is some very tasteful sustained guitar work, think Robert Fripp, on “Drunk Like Shakespeare on Love.” But the band really excels when they have a minimal approach to the music. The best track is “Blood on My Feet,” that alternates between guitar and Mellotron and evokes a Genesis vibe. Another song, “The Horrible Pill Book” with its carnival/calliope intro, evokes Steve Hackett’s Please Don’t Touch.

Joe Jackson - Summer in the City: Live in New York – Leave it to musical chameleon Joe Jackson to twist the standard pop jazz arrangement of a few well known pop tunes and provide further proof of his oft-ignored creative genius. Dipping into his 60s...  (2001) » Read more