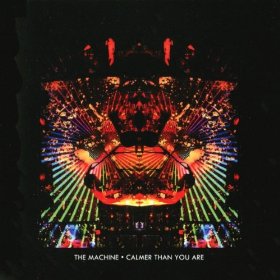 The third and latest release by this Dutch trio combines dark passages of moody introspection with hard edged heavy stoner rock, mixing in some tasty classic psychedelic elements along that path. The basic trio of David Eerling, Hans Van Heemst, and Davy Boogaard provide the essential guitar, bass and drums respectively, along with more power, feedback, fuzz, sludge and atmosphere than most listeners could tolerate. Eerling does the singing – it's dark, distorted, laden with echo and effects, often muffled and approaching unintelligible, and buried well under the mix, but that's okay – it suits the music just fine. Mostly the guitar is just ultra-heavy wall-of-sound power-chording, but when he rips out into a blistering solo, often drenched in wah-wah and multi-tracked, the listener is in for a real spellbinding treat. The quieter dreamy passages break up the more dense and intense sections that support the vocals, without which this entire disc might succumb to overwhelming headbanger thrash. Additional players are featured where needed on piano, Mellotron, darbuka, sitar, percussion and extra vocals. Fans of early Sabbath and other proponents of heavy stoner rock will probably enjoy this a lot.