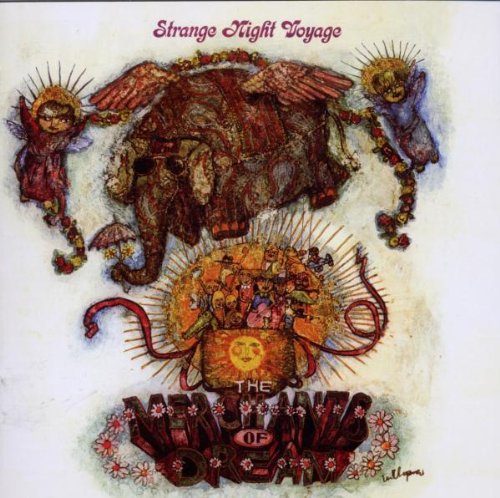 Blame it on The Beatles and Sgt. Pepper’s. In the wake of that landmark concept album, everybody and their brother was trying to get in on the concept album thing, from The Beach Boys to The Moody Blues, The Who and even Frank Zappa. The Merchants of Dream are one of the also-rans that attempted to reach for that golden ring, producing a psychedelic children’s concept album in 1968 based on the story of Peter Pan. Actually, The Merchants of Dream was the brainchild of songwriter Jack Murphy, who along with the support of producers Vinny Testa and Shadow Morton, assembled a six-piece band (including himself on keyboards and vocals) to bring the concept to life. Unfortunately, the record deal they got with A&M didn’t help much, as the record got no support from the label and sank like a stone. I found my LP copy in a cutout bin less than six months after its release. That said, the songwriting here is positively brilliant, with arrangements that mix multi-part vocal harmonies, the pop sounds of the day (think The Association or similar sunshine pop proponents), orchestrated show tunes, psychedelic rock and much more. Each side of the original LP began with an overture that contained short instrumental sections of each of the songs on its respective album side, and each side closed with an overtly psychedelic cut (“Lovelife’s Purple Circus” and “(We Are) Dream Vendors” respectively). The fourteen tracks are nothing if not ambitious, and at times when the harmonies get complex (title track case in point), they are clearly in over their heads. Still, an easily overlooked flaw when considering the totality of the project. Songs like “Dorothy the Fairy Queen,” “My Magic Boat,” “Alicey,” “Sing Me Life,” and “Jolly Roger Doldrums” are positively contagious and seriously fun. “When You’re Pushin’ Six” pulls out a folksy John Sebastian style to accompany the first-hand tribulations of a kid who is about to turn six! Overall, an excellent album that, perhaps by the time it was finally completed and released in early ’69, had just missed the whimsy and fun of late sixties pop as styles were morphing.

Related artist(s): The Merchants of Dream