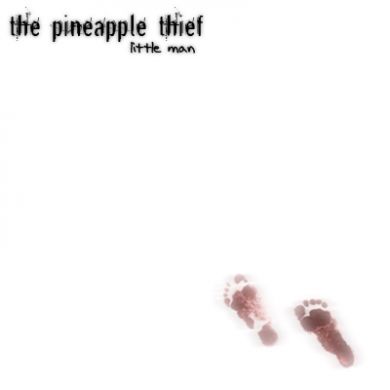 UK-based quintet The Pineapple Thief have built a healthy following for their brand of modern, indie-influenced prog rock. Their 2005 release 10 Stories Down sold 5,000 copies and they’ve become a popular draw on the concert circuit. For their new one, the songs were understandably refocused part way through the writing process when bandleader and songwriter / guitarist / vocalist Bruce Soord lost his son in a tragic accident. (Is it just me or is there a lot of death going around the prog community lately?) The end result is an album that is overall darker and more personal than past efforts. In places — “Run a Mile,” especially — the music strongly resembles Porcupine Tree’s Deadwing album, though for the most part the arrangements are clearly based on Soord’s introspective voice and rhythm guitar playing. It takes some skill to build a convincing band arrangement around what is essentially the singer-songwriter model, and here the album mainly succeeds. It’s modern in a Radiohead / Sigur Rós kind of way, though some may complain that it’s not very “progressive.” I’d agree if your sole definition of prog rock requires music to resemble one of the classic era bands, which this avoids for the most part. But that does not define success or failure with this band’s music. I can see arguments that the overall feel of the album is too depressing, though to that I’d say cut Bruce Soord some slack and hope for a happier statement next time.

Hugh Burns - Dedication & Mindwash – For those of you who don’t know him, Hugh Burns is a much traveled and in- demand session guitarist who has played with the likes of Wham, Gerry Rafferty, and Jack Bruce. He is also involved in...  (2001) » Read more