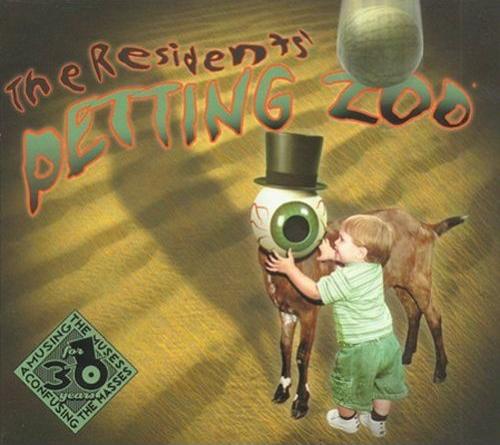 This collection is billed as a collection of the Residents’ more “accessible” tracks. I think it’s safe to say this is not an attempt to grab mainstream mass appeal, for even at their most “ear friendly,” the anonymous pop deconstructors are a long shot from even the strangest of Top 40 bands. That being said, for anyone who believes in music beyond the confines of commercial radio, this provides a reasonable introduction to the Residents’ massive body of work. Sure, the vocals don’t sound like the R&B crooner-of-the-month, and the backing vocals don’t sound like reworked gospel tunes, but you’ve heard that before, and you’re looking for something different, right? Rest assured that you’ll get some of the classics like “Constantinople” and “Smelly Tongues” and “Hello Skinny” and more recent tracks like the “.Road” (live in studio) version of “God’s Magic Finger,” and “Betty’s Body” from 2002’s Demons Dance Alone. Hearing these tracks all brought together emphasizes something that may not always be apparent in the Residents’ music: they are really excellent songwriters. “Fire Fall” is a touching evocation of old age, rather like a Tom Waits song, and “The Aging Musician” is a sad portrait of star past his peak: “Maybe if I put a bullet in my brain, they’d remember me like Kurt Cobain, and the parasites on MTV would wipe their eyes and act like they knew me.” Long-time fans won’t need this CD, but others would do well to pick it up. ‘Nuff said.

Fred Frith - Nowhere. Sideshow. Thin Air. – As one might guess from the title, this is a three-in-one – in this case three commissioned dance pieces by three different choreographers (one recent and two a bit older) that coexist together...  (2010) » Read more