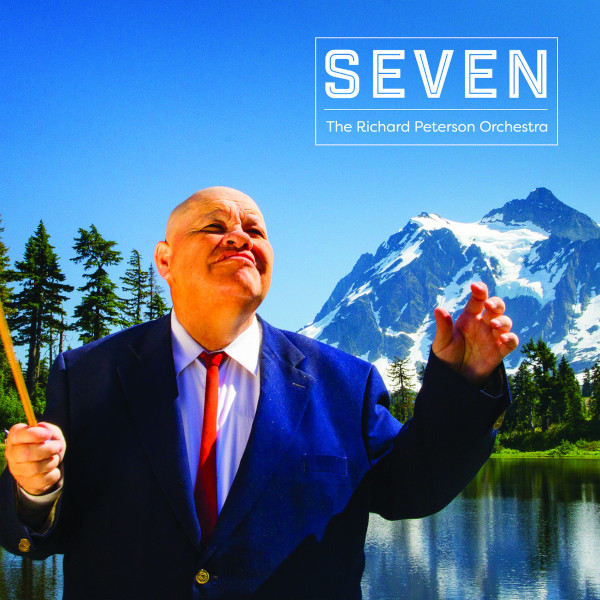 It might be kind of hard to describe Richard Peterson to people who haven’t lived in Seattle for decades. As a street musician, he’s a legend from way back, a kind of eccentric musical genius best known for playing trumpet, but capable of playing many other instruments to varying degrees, and absolutely unafraid to put his original music out there. Stylistically, he’s a real polyglot, though elements of classic soundtracks (especially Sea Hunt) are deeply infused into his sound. Like movie soundtrack composers, he dabbles in other styles as the situation arises, so you’ll get blues, waltzes, disco, old-time rock and roll, Celtic dances, and more in the 15 tracks of his seventh album. Peterson himself wrote most of the music, though elements of various pieces from the Ziv soundtrack library are incorporated, as well as a quote from “Where Did Our Love Go?” He also played all of the instruments (piano, trumpet, french horn, trombone, oboe, bass, harp, synthesizer, and drums) except some violins added by Fritz Klein. Several vocalists contribute on the tracks with lyrics. Some listeners may find the whole thing too kitschy to enjoy, but there is an exuberant joy to the music that is infectious if you let it be what it is. Sometimes you may think you’re listening to a rowdy junior high school band tackling a piece written by their teacher, and at other times you’re transported back in time to the early 60s, listening to a rough demo of a soundtrack that Henry Mancini hasn’t quite finished yet. The lyrics are plain-spoken and sincere tributes to places like “The Oregon Coast” or musical loves like “I Hear Those Ziv Tunes Once Again” with corny rhymes. Maybe it’s impossible to explain Richard Peterson — just follow the link below and have a listen for yourself.

Cast - Endless Signs – The perpetually industrious Cast have done it again, with yet another release, Endless Signs. One of the big surprises of Progfest '95, Cast delighted with their strikingly commendable brand of...  (1996) » Read more