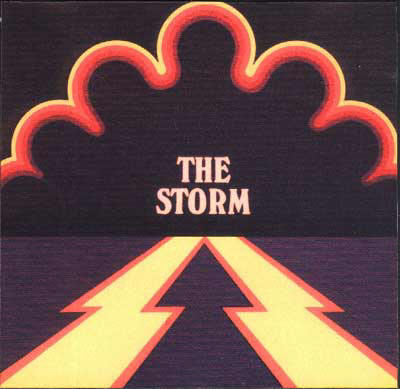 Good old hard rock with Hammond! The Storm was a Spanish four-piece from the early 70s, playing in a style similar to many of their British counterparts of a few years earlier – singing their English lyrics with a slight Spanish accent. Comparisons? Well, each track has its own sound, but this band was definitely influenced by the early British proto-progressive sound, as well as the likes of Cream, Deep Purple, Mountain – and with their lineup of guitar, bass, drums and organ, they often remind me of Haystacks Balboa, especially on tracks like "Woman Mine." On the six-minute "Un Señor Llamado Fernandez de Cordoba" they stretch out into a slightly more jazzy mode, with perhaps some Santana references, and offer a showcase for some nice guitar soloing. The most noteworthy track, though, is the seven minute "Crazy Machine," a multi-part psychedelic rock-out with plenty of changes and the ever-present Hammond sounding majestic as ever, with some jazzy guitar breaks thrown in for good measure, and the obligatory drum solo. It should be noted that this was like an ultra-rarity on vinyl, commanding big money from collectors. It should be no surprise, then, that this is a vinyl transcription, with the occasional crackle here and there – but for most of us, this is the only way we'll ever have a chance of hearing it!

Anekdoten - Nucleus – Anekdoten's eagerly anticipated sophomore effort proves to be a masterful development and refinement of their heavy and driving progressive sound. While Nucleus certainly adheres to the essence of...  (1996) » Read more