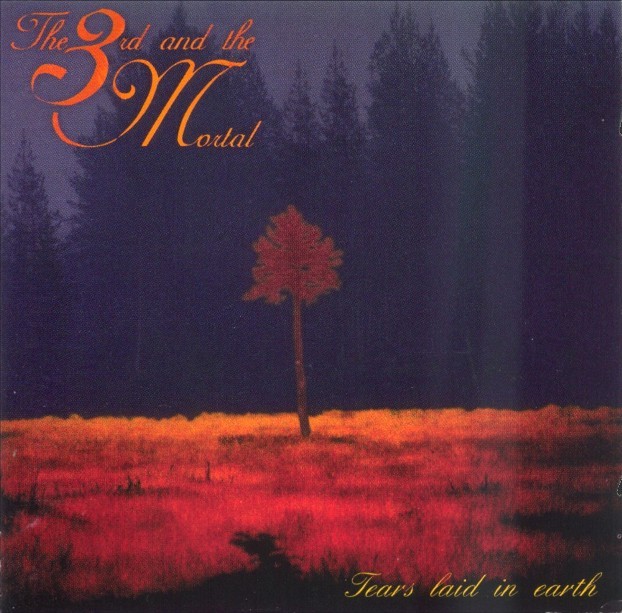 This new Norwegian band are already eliciting comparisons to White Willow, but that is actually a somewhat superficial comparison used for lack of a better one. The Third and the Mortal bridge the gap between Scandinavian folk and heavy guitar rock. Featuring three guitarists and no keyboards, the band is however primarily distinguished by the angelic voice of Kari Rueslatten, whose voice is similar in quality to Maire Brennan of Clannad. Tears Laid In Earth is the band's first full-length release (a mini-CD, Sorrow, preceded it by a few months). The mix of the savage, growling guitars and Kari's voice in the heavier sections is a bit of a weird dichotomy, but one gets used to it after a while. The acoustic sections are the real treat, though. It's on these parts where Kari's voice really comes into its own. The acoustic and electric guitars are seperate courses, so to speak, there is never a mix of acoustic and electric within a track. This polarity makes it seem a bit as though they only have two tricks up their sleeve, especially at well over an hour's worth of music. Still, the presence of Kari Rueslatten's enchanting voice is worth the price of entry alone. Sadly, she left the band shortly after this release.

Team Metlay - Bandwidth – Back in the summer of 1990 Mike Metlay formed Team Metlay from among fellow participants in the electronic music discussion sessions on the Internet. For those of you not yet on the information...  (1994) » Read more