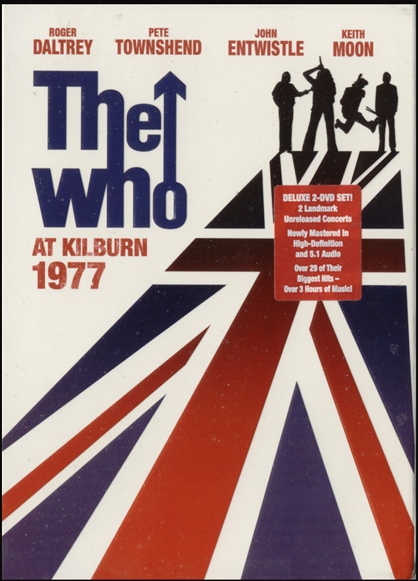 These DVDs present The Who at two ends of their peak years. Disk one captures them at Gaumont State Theatre, running through a set that was intended for Jeff Stein’s 1978 documentary The Kids Are All Right. However, the band were dissatisfied with their performances and the footage was shelved, until now. The main difference between this show and the one that ended up in the final documentary is a tangible sense that The Who, Pete Townshend especially, just weren’t clicking. Sure, a band this well-oiled and experienced could generate white hot rock in their sleep, but here they just aren’t on the same page with Townshend noticeably missing cues and even getting pissed off at the audience. Still, even on an off day a matter of months before Keith Moon’s death The Who could still rock harder than most other rock bands on the planet. Witness the sound and fury of “My Generation” for proof. The other end of the band’s history is presented on the second disk. Here is The Who in 1969 performing at a venue normally booked for classical engagements, part of the strategy to promote the Tommy album as more than a mere rock record. But the band on stage are very much a rock band, charging through classics like “Young Man Blues,” “Shakin’ All Over,” and “Summertime Blues” — similar to the performances captured on Live at Leeds nine months later. The film is unfortunately dark and grainy, with portions of Tommy being left out of the main feature due to technical issues (though the entire show can be viewed via the special features.) But whether or not the flaws are a result of the cameramen or the band themselves, fans will really enjoy seeing The Who in action. Their kind will not be seen again.

Related artist(s): The Who

Hint: The "Silver Machine" is not an espresso maker