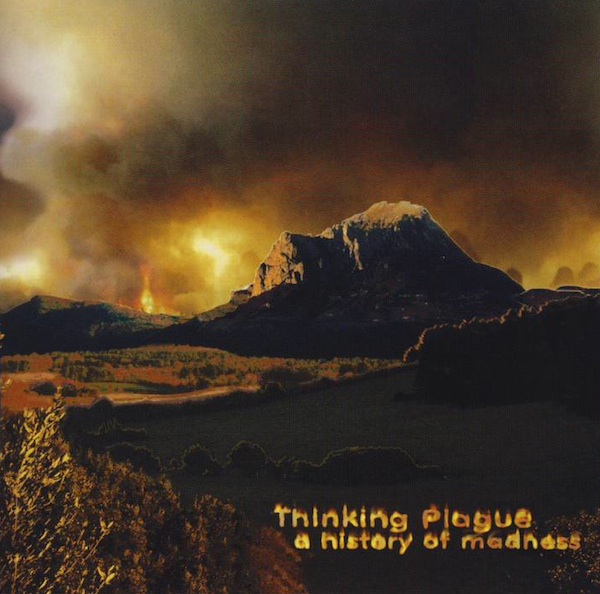 Most music critics (and listeners too) tend to get caught up in the genre game when describing music. We think in terms of qualities like loud/soft, electric/acoustic, rocks/doesn’t. But there are other ways of describing music that are equally valid, though they may require a shift in thought patterns. The dichotomy I’m thinking of (that was brought to mind by listening to Thinking Plague) is hard to describe, but could be likened to the difference between a photograph and a moving picture. Most music based on popular forms (as opposed to academic) is like a photo in that it describes a single situation, presents a particular place, sometimes covering it from multiple angles (for example in the verse and chorus), but remaining on a set topic. A movie, on the other hand, usually presents a journey of some kind. There may be themes running through it, but where you end up is not where you started. Thinking Plague’s music is like that. The album is a journey from start to end, and you never pass by the same scene twice. Parts of it are manic and dissonant, as if you’re passing through a busy city; other parts are quiet and contemplative – a forest with a running stream. The journey is not always exciting – but what real journey is? You have to slow yourself down and listen carefully while you’ve got the chance, because a life without rest is exhausting, and something new is coming just around the bend.