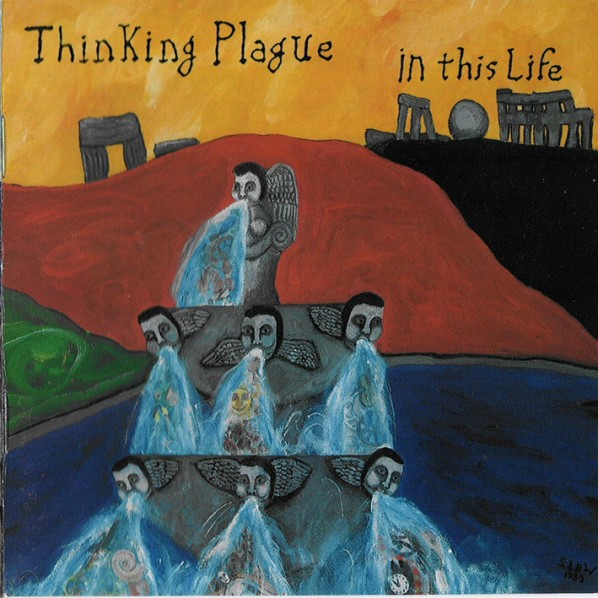 Here in the West Wing of Exposé Headquarters (AKA my house), Thinking Plague occupies a place of honor as the preeminent American avant-prog band, their reputation tainted only slightly by the long gaps between their albums. Going by their past release schedule, we can expect a new album sometime between next week and 2020. In the meantime, Cuneiform gives us the reissue of their ground-breaking 1989 album In This Life, which cemented their reputation upon its release. This also completes their catalog on Cuneiform, since it was originally put out by ReR. For fans of RIO or avant-rock, describing this music is probably redundant, but for newcomers it might be worth noting that for creative electric music almost totally divorced from the tradition of rock – meaning there’s no relation to the blues – Thinking Plague is one of the major pillars. In This Life is overflowing with ideas: new ways to approach how bass, drum kit, and electric guitar can interact; unconventional and unpredictable melodies with artistic lyrics unbound by conventions of verses and choruses; production methods that go far beyond just capturing performances but don’t sound artificial or arbitrary; and ridiculous musical complexity that never sounds like it’s there for its own sake, but in service of an artistic vision. I don’t have a copy of the original CD to compare the sound, but I can definitely say that this is beautiful. A sure bet is that unless you’re a die-hard symphonic prog fan who doesn’t care for angular, twisty music (in which case you probably stopped reading quite a ways back), this needs to be in your collection if it isn’t already. (It’s worth noting that the original ReR CD included two tracks, “Moonsongs” and “Possessed,” which are not on this release. Those were taken from previous recordings, and are now available on Early Plague Years.)