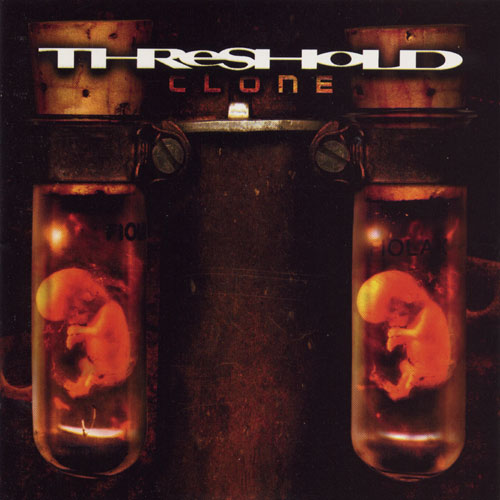 Given that this is a Karl Groom project, and that it's on the GEP label, and that the first tune is called "Freaks," you would be pretty safe to assume this is another tired and unwanted neo-prog album. But you would be wrong... at least about the neo-prog part. Threshold are purely a prog-metal outfit, whose highest aspiration appears to be emulating Dream Theater in the fullest. The aptly-titled Clone is a complete knock-off, caring not a whit about displaying any shred of originality but rather focusing completely on making a solid prog-metal album, no matter how derivative. To which end, it must be confessed, they succeed due to the talents of guitarists Groom and Nick Midson, keyboardist Richard West and drummer Mark Heaney. Vocalist Andrew McDermott isn't quite in the same league as many of his peers, but he avoids the grating high-pitched operatic wailing in favor of some occasional harmony vocals. Other than that, his voice fits the style like a glove. Clone is so full of gimmicks that it's hard to take it seriously, but I have no doubt that fans of the prog-metal genre will find countless reasons to heap praise after praise upon it.

Michael Mantler / Edward Gorey - The Hapless Child and Other Inscrutable Stories – It's a rare project that extracts elements of the written word and transfers them eloquently to an audio performance. Composer/trumpet player Michael Mantler's first major success with this...  (2000) » Read more