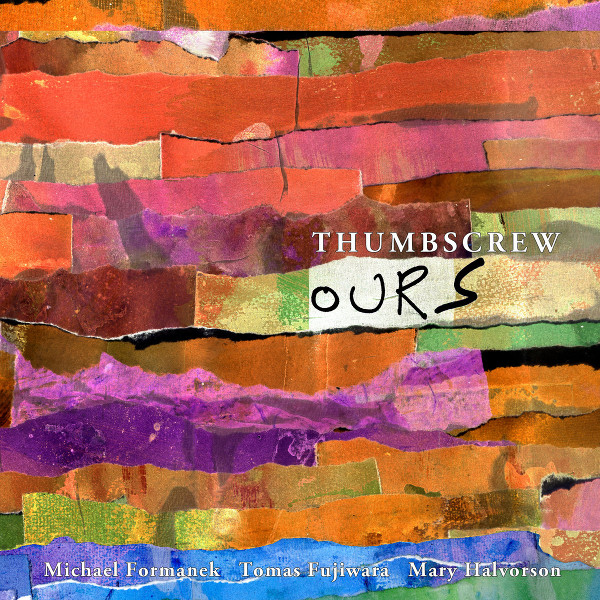 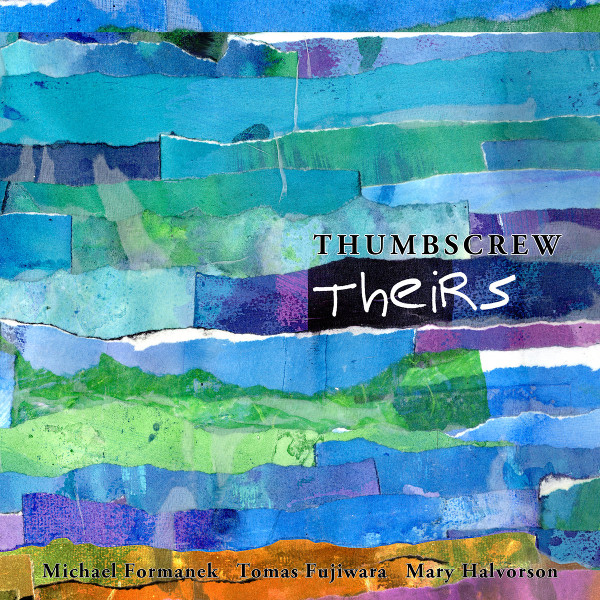 These are two concurrent new releases by Thumbscrew, the trio of double-bassist Michael Formanek, guitarist Mary Halvorson, and drummer Tomas Fujiwara; Ours is a collection of original compositions, three each by the three members,and Theirs is a collection of ten inspired interpretations of others’ work. The trio, as on their two previous albums Thumbscrew (2014) and Convallaria (2016), has forged a jazz identity borne out of complex compositions laced with plenty of room for improvisation and superb playing all around, though now we also get to hear how they handle others’ work, or for lack of a better term, covers. Before I get ahead of myself, though, I guess the bigger news surrounding these releases is that Cuneiform is back after a six-month hiatus, a time of uncertainty about the label’s future, which now seems to be resolved in continuing forward, though in a scaled back way. Starting with Ours, there are some amazing pieces here, and one is often left scratching their head in worder about what is composed and what is improvised. Take Formanek’s piece “Cruel Heartless Bastards” which spends its entire seven minute duration alternately speeding up and slowing down, with a definite groove in tow, then breaking into what surely seems like free improvisation, and somehow finding that groove again. I can’t imagine what the charts for the piece look like, but as merely a listener one can simply be amazed and mystified by it all. Halvorson’s “Thumbprint” cruises along freely with electric guitar leading the way, while the other players fill in behind in what seems like a fairly wild ride on first play, but after a few listens the compositional aspects hiding within its experimental beauty start falling into place. One of Fujiwara’s pieces “Rising Snow” starts with a gentler touch and some interesting percussive variations while Halvorson adds some interesting whammy acrobatics underneath a clear melodic purpose. All the pieces on Ours are a clear sampling of te trio’s collective brilliance and experimental sense of purpose, but it’s also interesting how they approach the interpretations on Theirs, but the end result is clearly in line with their own material. Of course, it helps when one isn’t familiar with a lot of the original versions of the material they are covering – “Scarlet Ribbons” (recorded numerous times, but the Harry Belafonte and Kingston Trio’s versions which I was most familiar with sound nothing like Thumbscrew’s interpretation!) and Wayne Shorter’s “Dance Cadaverous” originally from 1966’s Speak No Evil were the only ones I recognized right off. The two cuts presented by South American composers Julio De Caro (“Buen Amigo”) and Jacob de Bandolin (“Benzinho”) are particularly interesting choices, the latter with a very infectious groove, but in every case Thumbscrew makes them their own. Both Ours and Theirs are essential listening, it’s hard to imagine one without the other.

Bane for Isildur, boon for the rest of us