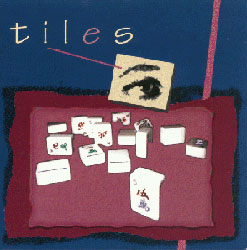 That just has to be Max Bacon on vocals! It must be – you know that singer guy from GTR, the most progressive rock band that Steve Howe and Steve Hackett were ever in? If I had to pick out someone else who Rarick sounded like, it would be really tough, but I'd have to go with Don Dokken – just a little bit though on the louder parts. Rarick, like Bacon, has a good range but, also like Bacon, has kind of a thin voice. It's hard to buy some of the more irate lyrics when the guy has such a pure and clean tone. Before it starts to sound like I'm slamming the guy, let me add that Rarick is actually a good vocalist and adds some worthy backing vocal harmonies too. But man, did I mention that he sure sounds a lot like...

The band's sound is guitar driven. There are a few scattered keyboard lines, but they are so infrequent and secondary that they aren't really part of the band's sound. Guitarist Chris Herin is responsible for most of the album's sonic variety. His sound reminds me at times of Andy Summers, Alex Lifeson, and Eric Johnson. Each track uses different guitar tones, and Herin stays away from playing too many power chords. He's always strumming something melodic and he plays in a distinct style for each of the tracks. While almost all the songs are guitar / bass / drums trio arrangements, because of the guitarist's impressive stylistic palette, no two songs really sound alike. That in itself is pretty impressive. The entire band can sound like mid-80s-era Rush at times, especially "Token Pledge." For the most part though, Tiles' sound is pretty distinctive. The drummer surely doesn't sound like Neil Peart, and the bass playing is quite funky throughout the entire album with picking and slapping galore. "Retrospect" is an interesting acoustic guitar solo with some stimulating melodies. The instrumental section of "Dancing Dogs" is one of the coolest parts of the album, and "Scattergram" utilizes unexpected chord changes in the chorus to great effect. Fans of any of the influences listed above will surely enjoy this release. It's pretty much rock-formatted, song-oriented numbers, but the guitarist's versatility provides the necessary touch to keep each tune interesting.