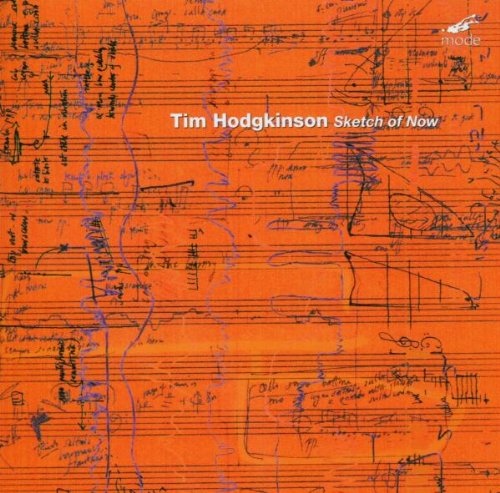 We are far from done with the extremes of 20th Century music. Sketch of Now explores a large number of ideas, both perceptual and conceptual, in conceiving and performing these six pieces composed from 2001 to 2004. By beginning with nuances — Hodgkinson initiates one piece by extrapolating the play of flageolet glissandos, another by contemplating the nature of resistance to perception — and operating within composed and improvised disciplines we return to the often uncomfortable and disorienting terrain inhabited by Art Music. Lacking the stifling formality of that broad genre and shaped by Hodgkinson’s diverse background, every tradition is deliberately freed from any obligations of form. Instrumentation includes the familiar elements of most ensembles, but is extended by the addition of computer-modified ’cello; electric guitar; tape; tenor sax and percussion. Embracing pure sound as well as the more recognized emissions of instruments, there is a restless, often strident and uncompromising quality to the music. Contrast is deployed in the most subtle and the most overt ways imaginable. At turns violent, many of the pieces exhibit a brooding sense of conflict and opposition and remain asymmetrical and unresolved — not to imply that symmetry and resolution are of any real concern here. Like the unyielding opacity of Sang and the rampant abstractions of the more recent Fluvial, Hodgkinson seems intent on working the outer boundaries of composition and improvisation without regard to convention. The sound of music set free of any and all preconceptions is as close as this.