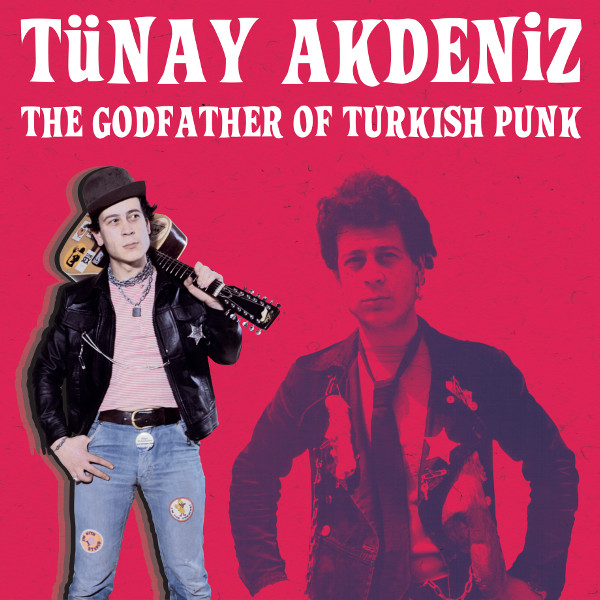 Apparently Tünay Akdeniz cut quite a bad boy image in Turkish music in the mid to late 70s, using slang for the first time in a Turkish song, the first implication of sexual intercourse in Turkish hard rock, and first Turkish songs marketed as “punk rock.” His appearance certainly completed the image, reminding me a bit of Ian Dury on the cover of New Boots and Panties. The Godfather of Turkish Punk is a set of 14 remastered songs released between 1975 and 1978 presented in two versions: full songs and instrumental only tracks. In addition to the two versions of his six songs, there are two surprise hidden tracks. However, none of these tracks even remotely sound like punk music to me. Instead the songs are a mixture of garage rock, rockabilly, and Krautrock. And the only track that shows any Turkish influence is the lo-fi hidden track “Kadir Mevlam” that sounds like a home recording with some resemblance to a sea chanty. I am not sure why Akdeniz decided to include the instrumental versions of the songs, which are full songs without the vocals, but they do stand on their own for the most part. But some of them sound unfinished because of the pauses and gaps where the vocals belong. Across the six songs I hear influences from Chuck Berry, Guru Guru, Amon Düül II, and Klaus Dinger. The Godfather of Turkish Punk is really quite a good reissue, but do not approach this disc expecting to hear punk music.

Hualun - Silver Daydream – Maybe it's actually easy to make post-rock music. After all, there seem to be bands springing up all around the world playing it. Hua Lun are part of the new generation of Chinese bands following in...  (2010) » Read more