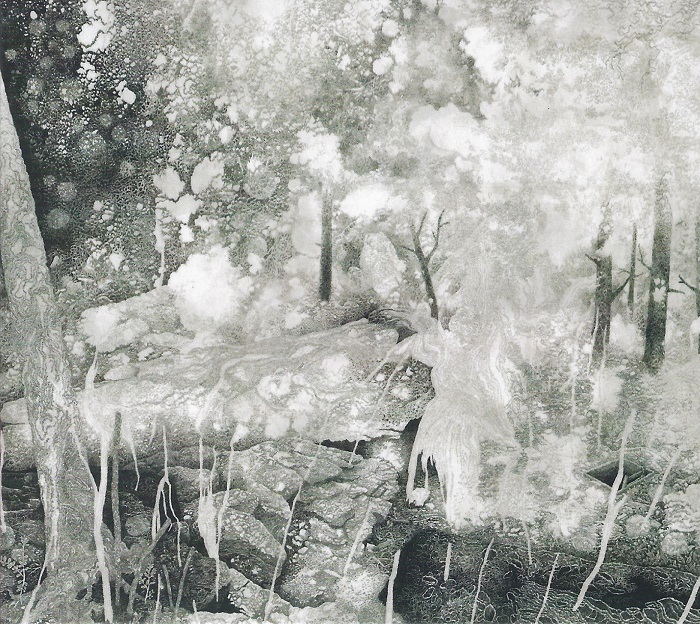 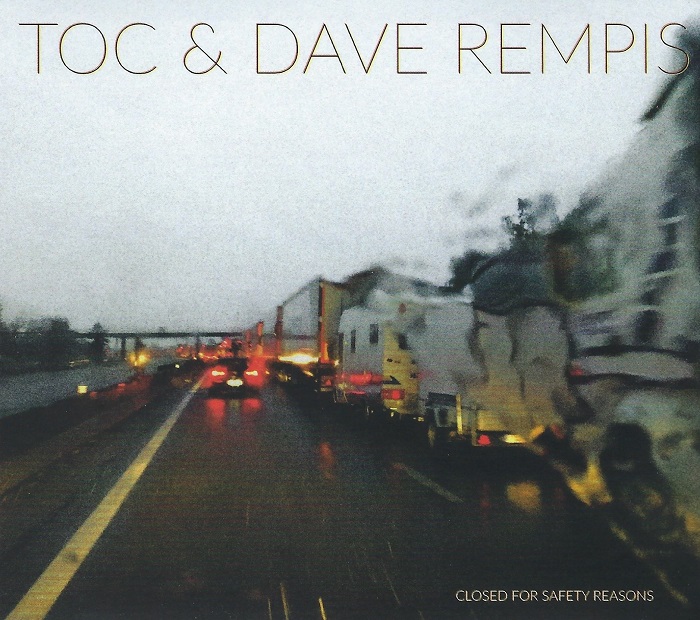 Keyboardist Jérémie Ternoy, drummer Peter Orins, and guitarist Ivann Cruz, are three master improvisers from France with over ten years performing and recording together, more commonly known as TOC. All three have their hands in many other projects and groups, but this trio is their outlet for collective improvisation. Unlike most improvising groups, they eschew categorization; TOC is not free jazz or free rock or free anything else one can label them with. Put quite succinctly, these three players are simply free, as they have proven on a half dozen previous recordings. Most of their previous releases were drawn from live performances, but Indoor is the first since 2012 that was actually recorded in a studio, across four days in September 2019, following a short tour of North America a few months earlier. They locked themselves up for those four days during which time ideas were thrown out, kicked around, experimented on, built up and deconstructed, arranged, amplified, and ultimately recorded. The results are nothing short of sublime, eight tracks of varying durations, beautifully recorded and mastered, completely outside of any genre restrictions, going wherever they need to in any given moment. Ternoy’s sounds are comong from piano, Fender Rhodes, keyboard bass, and Moog, with Cruz on acoustic and electric guitars, and Orins on the drum kit, each pulling out all kinds of sounds that a listener might never expect. The results are quite listenable, one might even say enjoyable, alternating between more edgy pieces and some that are more subdued in character, all created in the moment. Standouts would include the two ten-minute tracks “Indoor” and “Outdoor,” as well as the groove-laden “In the Middle” and the shorter interludes “Under,” “Over” and “Opposite,” the latter which closes the set. One of the edgiest pieces would be “Beside,” almost sounding like each of the three players are attempting to destroy what the other two are creating in real time, making for some real lively chaos.

By contrast, most of Closed for Safety Reasons was recorded almost two months later in Lille, at the release concert for TOC’s previous album Will Never Play These Songs Again, and for this particular set they added Dave Rempis on alto and tenor saxes on all four cuts. In general, this is one rough and tumble, wild and crazy ride, Rempis’ saxes making all the difference. Rempis is a noted Chicago area free jazz figure who studied ethnomusicology in Ghana, and he brings all of this background to the stage to share with TOC, with the overtly free jazz “Snow Storm in Saillans” being a prime example. Few moments of calm are found, one most notably being the last few minutes of the opener “No Sleep at La Zone.” The side-long title track builds slowly from a place of relative calm, but by the eight minute mark everything is going crazy again, though more on TOCs terms than Rempis’, after which we hit what might be called a quiet percussive patch leading into some intense and frenetic guitar and sax dueling around the fourteen minute mark. Tenor saxophonist Sakina Abdou (a member of the Muzzix collective) joins in on the side-long final track “Temporary Lease” (available on the CD and download versions only), a striking piece where the saxes float freely over a powerful and restless undercurrent that morphs as it grows over the piece’s duration, which by its conclusion is again an exercise in musical madness, though quite beautiful with the two saxes weaving in and out of the edgy tapestry. Closed for Safety Reasons is by far the more adventurous of the two releases, but probably a more difficult listen than most are willing to undertake.