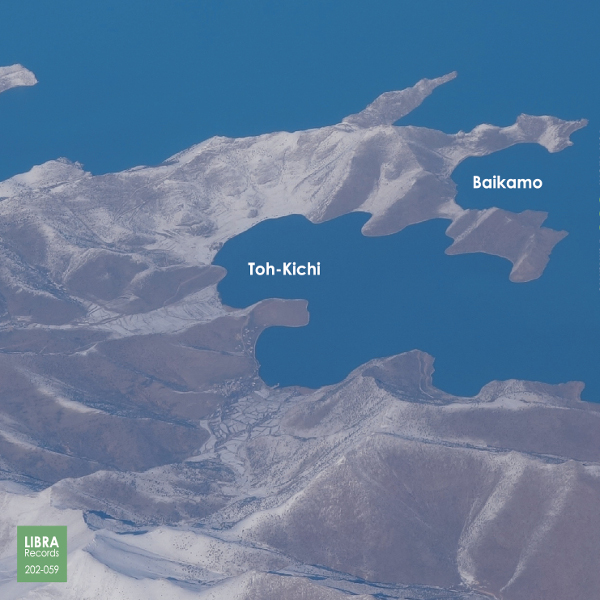 Prepare yourself for one wild and crazy ride with Toh-Kichi, but the musical chemistry between pianist / composer Satoko Fujii and drummer / composer Tatsuya Yoshida is something positively unique, and here, after Erans, their last recording together (2004), the duo has officially adopted the name of their 2002 recording Toh-Kichi as the name for their duo, and hopefully more recordings will be forthcoming. Fujii and Yoshida reformed in mid-2019 at the request of a promoter for what was to be a single performance in Hiroshima; new material was composed especially for the event, and after the two decided to do a short tour and then follow that by recording the new material, which resulted in their third album together, Baikamo. Fujii and Yoshida brought four compositions each to the table, plus there are eight free improvisations as well, interleaved between each of the composed pieces, each with an unpronounceable name courtesy of Yoshida, and the disc opens with one of these sonic attacks, “Godvbadhophen,” barely over a minute in length, but the wild and chaotic energy from that minute will leave the listener gasping for breath. One of Fujii’s compositions, “Rolling Down,” follows, a powerful and urgent mix of jazz and classicism, with Yoshida adding his over-the-top drum riffing to the entire four minutes. Other highlights of the set include Yoshida’s “No Reflection,” opening with a rolling piano figure from which the drums emerge, then yield back to a memorable piano construct, the unlimited energy of the duo overflowing throughout. The title track (a Fujii composition) rolls in with over a minute of drums and percussion before piano makes its presence known, after which it dominates the remainder of the piece. The free improvisations bear curious names like “Zpajigemfluxss,” “Djofacsobhisc,” and “Hvwebshoil,” and most clock in at under or around two minutes, but the six minute “Ovgwebkwum” is the exception, rising from silence over a full minute before drum figures and later piano join the proceedings, almost sounding as if there was a degree of planning going into it. The real gem of the set comes at the very end: “Ice Age” is a Fujii composition that, after opening with a gentle piano backing, gives Fujii an opportunity to showcase her ethereal wordless vocals, a real treat after fifteen tracks of bristling freedom, energy and dissonance. Baikamo is a a powerhouse where all these great things come together, but like I said in the beginning, it’s a wild and crazy ride. Fasten your seat belts!

There's a girl, and it's got a beat