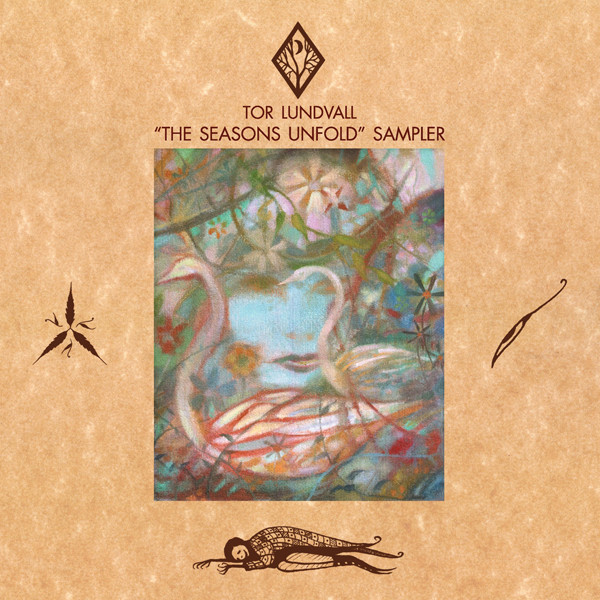 Lundvall seems stubbornly drawn to subject matter already covered. His 2006 Empty City drew context and settings from a topic covered by composers as disparate as Aaron Copland and Henry Cow. His responses to the setting were familiar, trading off the usual associations between the manscape and sound, but accomplished with a sensitivity and directness that are also particular to his work. And now a sample anyway, of another aural stab at the Quattro Stagioni that is neither Vivaldi nor Carlos. There are four short pieces on this EP sampler, all gently pulsed and built on subtly accretive arcs. One is even a song of sorts, sounding like an unfinished cut from Eno’s Another Day on Earth, with an evanescent female voice breathing the words through the slow and shifting currents of lovely and gently ramped envelopes trailing in and out of their own auras. Unlike the sometimes strident tonalities and found sounds of Empty City these pieces – particularly “The Backyard” or “November’s Fields” – aren’t nearly as soundscapish, exuding instead a structured sense of calm and passing, undisturbed and apparently free of the well-documented associative clichés hovering in and around these musical seasons. The EP implies the promise that while basing the work on a now-cliché premise Lundvall will protect his audience from the predictable and instead sketch out some newish associations. But after this brief aside, acting as the precursor to a four CD set, one wonders what more is actually needed.