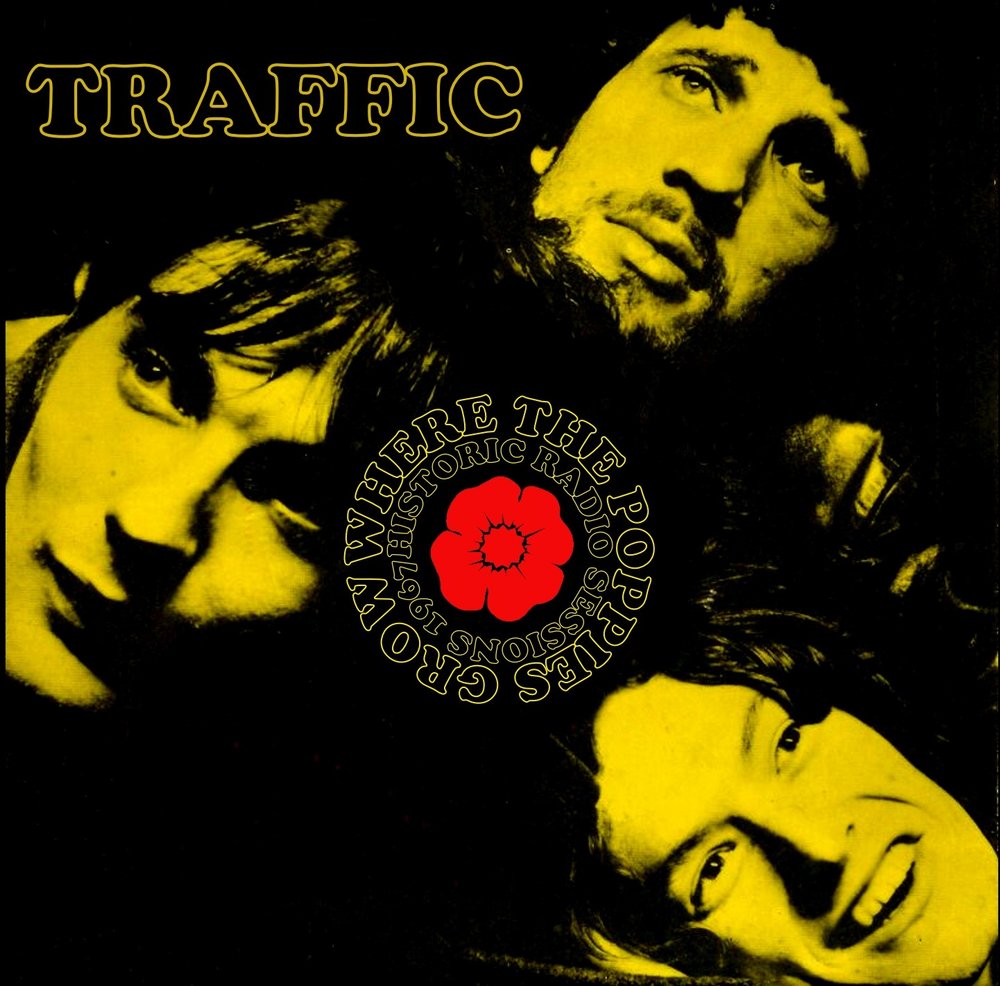 For those of you who do not know Traffic's history, the band was formed in 1967 by Steve Winwood after leaving the Spencer Davis Group, along with Jim Capaldi, Chris Wood, and Dave Mason. The band was intended to be a cooperative with everyone living in a country cottage in Berkshire, collaborating on the songs. Hence the song “Berkshire Poppies” on their first album. Their first single, “Paper Sun,” peaked in the UK Top Five in July 1967. As was typical in the late 60s, the UK version of their first album Mr. Fantasy had different tracks than the US version, with “Paper Sun” only appearing on the US release. While Traffic was enjoying their initial success they recorded two sessions for Saturday Club in October 1967 and Top Gear in December 1967. Both of these sessions now appear for the first time on this archival release, Where the Poppies Grow. In addition, a concert from Traffic’s European tour, Radiohuset, Stockholm on September 12, 1967 is also included. The sound quality on these archive recordings is decent and what you would expect for the time, somewhat muffled, but the music shines through. For Saturday Club, Traffic performed “Paper Sun / A House for Everyone,” “Coloured Rain,” “Dear Mr. Fantasy,” and “Smiling Phases.” The only drawback is the occasional slimy voice of the emotive DJ introducing the songs. Due to the muffled sound, Dave Mason’s sitar performance is not noticeable, but Traffic does perform well with the much of the music sounding like the studio versions. For Top Gear, Traffic performed “Heaven Is in Your Mind,” “Dealer,” “No Face No Name No Number,” “Hope They Never Find Me Here,” and “Giving to You.” Again, excellent performances with muffled sound quality. And their performance of “Giving to You” is a jazzier version than the song on the LP. I remember bringing their album to my music class in college and playing this song as an example of jazz, but my music professor did not agree as it did not meet his definition of old school jazz. The remaining songs “Smiling Phases,” “Coloured Rain,” “Hole in My Shoe,” “Feelin’ Good,” “Paper Sun,” and “Dear Mr. Fantasy” are from the concert. The concert recordings sound a bit cleaner and you can tell that the musicians were enjoying themselves, as each track is longer than the LP tracks, with some very tasteful jamming. “Hole in My Shoe” is an exceptional example of raga rock with Dave Mason on sitar slowly building into the start of the song. “Feelin’ Good” is a nearly ten minute version of Nina Simone’s classic song. Traffic starts out by getting the audience to clap rhythmically with the drums entering for a three minute solo before the song begins. This performance is a wonderful fusion of psych, rock, and jazz. “Paper Sun” is also an extended raga rock performance with some great improv. And the final song “Dear Mr. Fantasy” showcases Steve Winwood’s guitar prowess with its slow burn. Overall, an excellent archival snapshot from 1967 if you ignore the DJ and the muffled sound. Where the Poppies Grow will really appeal to fans of early Traffic.

László Hortobágyi - Summa Techonologiae – While not well known in the States, Hungary's László Hortobágyi has for most of the 90s been making some of the most exciting ethno-electronic music available anywhere. Another disc from the...  (1999) » Read more