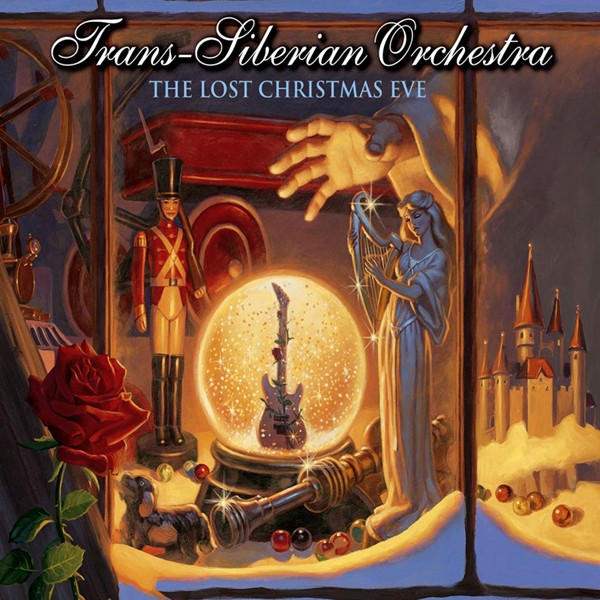 It’s hard to imagine that the core members of metal band Savatage would take a musical U-turn and arrive with a huge money-making project that has nothing to do with their previous incarnation. The Lost Christmas Eve is producer and composer Paul O’Neill’s brainchild with four previous releases to date. The “orchestra” has steadily built on the band’s studio and live presentation to create a semi-progressive success that truly mystifies the industry. On first glance, the project appears to be an over-the-top product kind of like Gary Hoey’s cheesy hard-rock recordings with pompous yuletide subject matter. Heavy rocking versions of classic songs are done up with the subtlety of an overstuffed turkey with all the trimmings. As heavy-handed as this could have been, pieces such as the disc’s title track are on target with Broadway-style storytelling from various singers who convey a dramatic story line. Several seasonal favorites have a symphonic metal approach such as “What Child is This” and “O Come All Ye Faithful.” In contrast, James Robert Lewis’s vocal delivery on “Christmas Nights in Blue” is a cross between Randy Newman and Dr. John. “Christmas Jazz” and “Christmas Jam” are bookend pieces that rely on variation and are perhaps the tastiest tracks from the 23 on the disc. Overall, this is the kind of recording that does well as a Christmas gift to the experienced or novice musician.