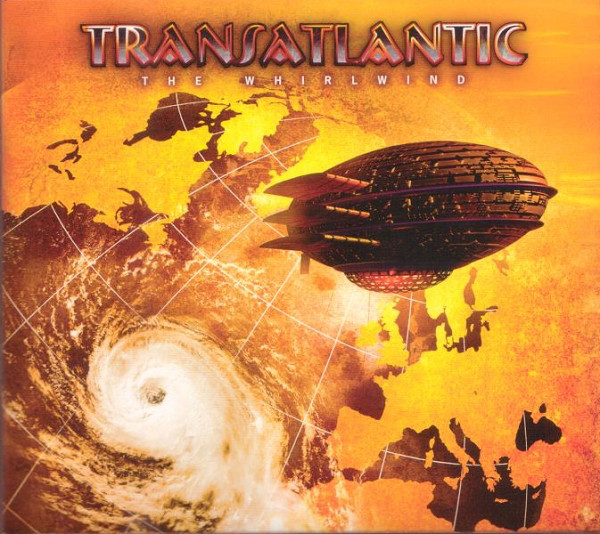 The Whirlwind was one of the most anticipated CDs of the year and it does not disappoint. Disc one is a 78-minute piece which is broken out into 12 sub-sections. Many people are concerned about Neal Morse’s proselytizing and yes, there are moments of this during the epic, but what the heck, the music more than makes up for it. Neal is not trying to convert anyone, he is singing about his spirituality, which to me is totally different and acceptable. All four musicians brought strong sections to the sessions which are emphasized on the DVD discussed below. The majestic main theme of the piece comes to pass in the first section, “Overture / Whirlwind.” Full of life, majestic chords, epic vocals, all form the basis for this magical piece of music. The piece ebbs and flows throughout its duration. Most tracks are in the six minute range with the longest clocking in at twelve. Not a dull moment to be had during the entire piece. Disc two gives us four shorter pieces and four covers of classic rock songs. Of the shorter pieces, the two that stand out are “Spinning” and “Lending a Hand.” “Spinning” (a Stolt tune) deals with new beginnings and how life changes are continual and amazing in scope. It is quite an uplifting tune, with hints of classic Flower Kings song structure. “Lending a Hand” (a Trevawas tune) is a dreamy tale about fragility of relationships. The four covers are from Genesis, Procol Harum, America, The Beatles and Santana. All of the covers are faithfully done and add to the overall enjoyment of the set. The mash up of “I Need You’ by America with The Beatles is of particular interest. The “Making Of” DVD is one of the better of its type. We get a very detailed picture of the week spent in Nashville writing and recording the main piece, including a short section of the band recording the percussion jam to “Soul Sacrifice.” What is apparent from watching the video is how much the four musicians really like and respect each other. I believe this is one of the reasons all three of their studio CDs and two live CDs are all full of monster epics that never wear you down, even at over 30 minutes (and 78 minutes) in length. The only negative to the DVD is watching the vocal overdubs. Fifteen minutes or so of this gets boring very quickly, but with the DVD at close to two hours, this is a very minor complaint. The Whirlwind is easily is a 10/10 in my book. Bring on the tour.