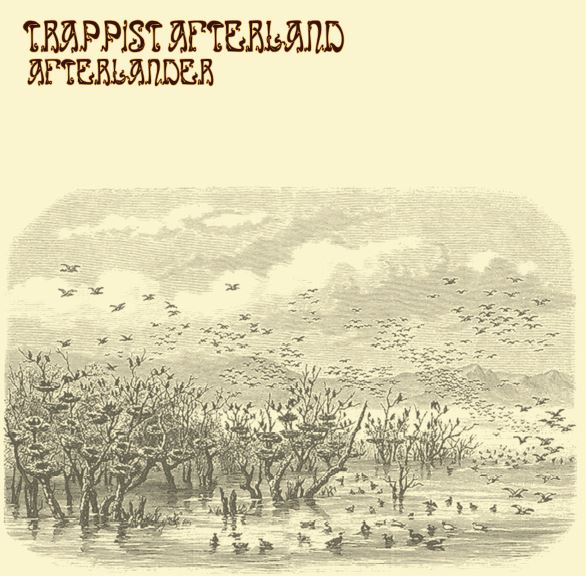 Sugarbush Records is reissuing the back catalog of Trappist Afterland on limited runs of 180 gram vinyl, the first being 2015’s Afterlander. My first exposure to the band was their 2016 release God’s Good Earth, and I immediately became a fan. Their acid folk mixture of acoustic and ethnic instruments draws you into their world. On Afterlander, they present a set of music rooted in the Judeo-Christian tradition, with their lyrics paraphrasing the Bible on songs like “Jessie’s Root (Isaiah 11: 1-10)” and “The Psalms Remain the Same (Psalm 31).” You have to listen carefully to Adam Cole sing to understand the lyrics as his voice tends to match and blend in with tamboura drones. This is not the kind of worship music you would expect to hear in church on Sunday. Picture yourself instead sitting in a faerie circle in the deep woods surrounded by druids, chanting psalms of deliverance from some unknown entity while sampling shrooms. The trance-inducing music is very soothing and at times melodic, like “A Jar on Mystics” with its guitar and flute duet. Or take a walk in the misty moisty morning along the “Black Dog Coast” and discover the “cataracts that conceal the open sky.” You will never grow bored listening to Trappist Afterland though there is a sameness to their music, but you may drift off into the Afterland if you are not careful. And a final word about the vinyl, the sound is pristine with a bare minimum of scratching. Sugarbush has done well with this reissue!

The Gentry - Sweet Gossip TV – Sweet Gossip TV is the second full official recording by the duo of Steve Taylor and Gino Mari, heavily influenced by The Cure and the Psychedelic Furs. The band has come a long way since their first...  (2006) » Read more