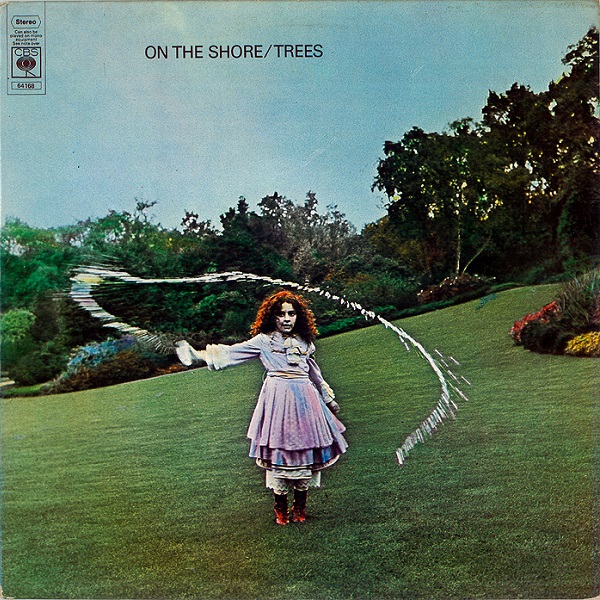 The Trees was a British folk rock band formed in 1969 that sputtered out in 1972, barely leaving a footnote in musical history. Their two albums The Garden of Jane Delawney and On the Shore have become legend and were previously reissued in 1993 on Columbia’s Rewind label. Now in 2007 Sony has reissued a remastered On the Shore with a second disc of remixed selections and bonus music. The Trees consisted of the quintet of Celia Humphris (vocals), Barry Clarke (lead guitar and dulcimer), David Costa (mandolin and electric and acoustic guitars), Bias Boshell (bass guitar, vocals, piano, and acoustic guitar), and Unwin Brown (drums, vocals, and tambourine). They were very close to Pentangle or Fairport Convention in sound, but perhaps a bit rawer and darker. The centerpiece of the album is the Tree’s folk-psychedelic rendition of “Sally Free and Easy” with great electric guitar and Celia’s strong and beautiful voice. One of the reasons for this reissue and its current interest was its sampling by Gnarls Barkley on their hit album St. Elsewhere. The second disc contains remixes of seven of the ten songs from the original LP plus three unreleased songs recorded in 1970-71. The remixes breathe new life into the music providing the perfect complement to the original disc. The two discs come in a lush digi-pack with the original artwork, extensive liner notes, and band photographs. On the Shore is an excellent album and well worth investigating.

Museo Rosenbach - Rare, Unreleased & Live '72 – Museo Rosenbach's Zarathustra is one of the greatest symphonic/classical rock works of all time and has yet to be surpassed in the genre. These two titles are posthumous releases of live and demo...  (1996) » Read more