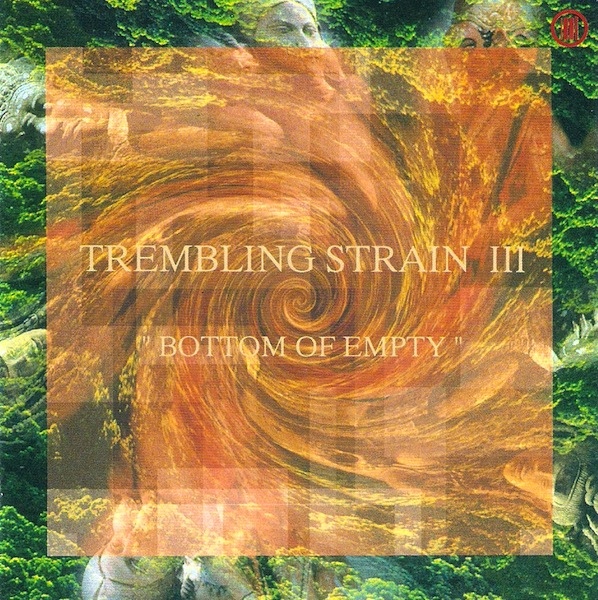 Trembling Strain may well lose whatever fans they have gained, or else recruit lots of new ones by virtue of this, their third album in less than a year and a half. In this short time the ensemble has undergone a considerable facelift. The title composition clocks in at a hefty twenty-seven minutes alone. It unfolds with a countenance redolent of the Big Bang — a cyclic dirge, and repetitive din that evoked in me a tendency to see it as an interpretation of Univers Zero's "La Faulx." Faux ethnic music is of course nothing new, but I don't think you'll find anyone imbibing it with the same singularly intoxicating audacity as Trembling Strain. Inside this steaming cauldron of music, which at times exudes a benevolence on the exterior, resides a polyglot of styles and cultural appropriations that collide, merge, and go shooting off to other regions, only to collide again to form new interpolations. The emphasis on ambience and mood does not suppress sinister undertones. "Tamaudun" may be the only real exception to that rule — it drifts along quite innocuously, courtesy of flute and droning atmospheres. "Lych" flirts with Balinese gamelan influences in a ritualistic fever, which builds relentlessly into a zombie-like orgy of sound. The final effort, "Slough to the Memory of Mother," harkens back to the traditional Japanese sensibility, cultivated so beautifully on their previous albums. The keen attention to detail accompanied by heavenly female voices has great promise, but never reaches a satisfying climactic plateau.

I'm not quite convinced that Bottom of Empty measures up to the standard of Anthem to Raise the Dead. Perhaps that will not prove to be a negative point in the end, but the level of confidence and seamlessness they displayed before wasn't as apparent here. Time and multiple listenings will determine, of course, but as for now the whole work leaves me with an inexplicably unsettled feeling of indecision. One thing cannot be denied though; Trembling Strain's work is unceasingly provocative.