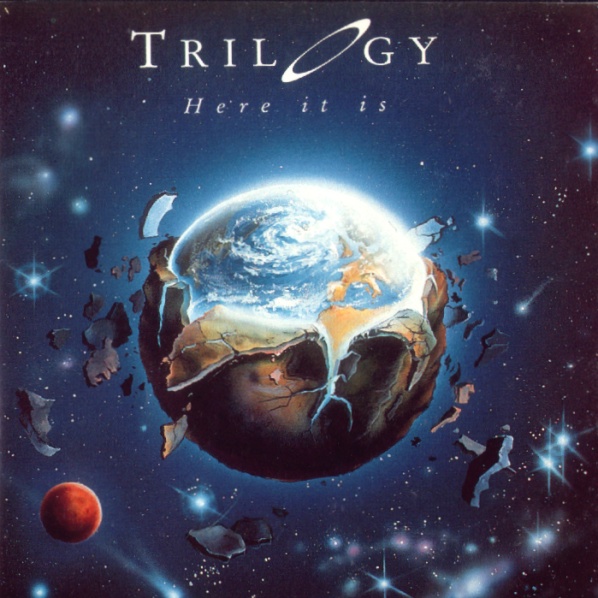 With a name like Trilogy, one may have some preconceived ideas as to what this band is all about. The fact that four hands man the keyboards may further lead one to believe that this is some kind of ELP wannabe band. Well, I'm here to let you know that all those ideas are wrong. When German band Trilogy started in the mid-70s, that may have been the case, but by the time this — their first album — was realized in 1980, all that was left of their old style was the name and some trace influences. This is a purely instrumental album featuring a five-piece lineup of dual keyboards, electric and acoustic guitars, bass, and drums. Of their sound as well as the writing style, the word symphonic fully applies, as the rich tones of keyboards drive powerful melodies and solos, while the bass and drums construct a tight framework full of dynamic stretch and vision. To further dispel the myths, some more accurate comparisons might be in order: imagine Finch with an extra keyboard, an entirely instrumental Anyone's Daughter, or perhaps Indigo (the Austrian band) at the time of their first album — the tunes are catchy and compelling, yet eschew any poppiness that might point in commercial directions. The compositions are elaborate and very refined, but not so intensely complex as to alienate the casual listener — certainly one that is enjoyable at the first listen, yet it stands up to repeated spins quite well. Musea has included one five-minute bonus track tagged at the end, originally recorded for a compilation LP.