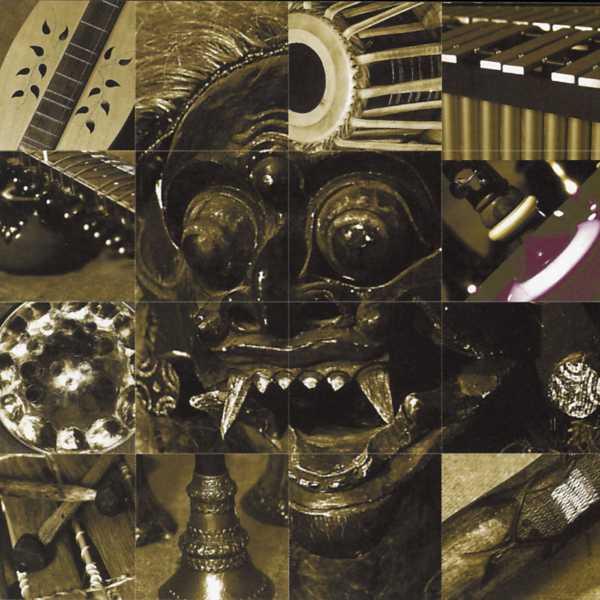 Tuatara's CD was one of those Tower Listening Station impulse purchases. I'd never heard of it, but it sounded so cool in the headphones I ended up taking it home. It starts out with a whirring bullroarer, followed by a melting pot of multicultural percussion, all recorded with a crystalline clarity that just jumps out at you. Then I got it home and listened to it a few more times, and realized that beneath the exotic sheen there's very little substance. It sounds like a bunch of rock musicians who are compulsive instrument collectors got together and started jamming. Which is of course exactly what happened. Their knowledge of world music is fairly broad (encompassing Africa, India, Latin America, and the Middle East) but shallow. If you played the same riffs on electric instruments, they would sound quite ordinary, as they use many common rock chord progressions, and (in spite of Peter Buck’s comment that he couldn’t count the time signatures) stick to 4/4 and 3/4 for the most part. Don't get me wrong — I actually enjoy the disc. It really does sound beautiful. The most remarkable thing about it, however, is not the music but the musicians. The driving forces behind Tuatara are Barrett Martin (of Screaming Trees), Justin Harwood (of Luna), and Skerik (of Critters Buggin), with appearances by Peter Buck (REM), Scott McCaughey (Young Fresh Fellows), and Mike McCready (Pearl Jam). Besides, I have a real weakness for bullroarers and Taos drums.