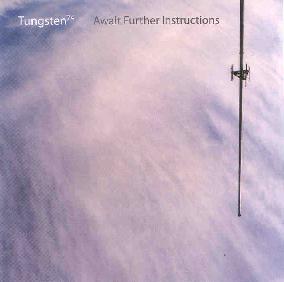 As it turns out, I’ve lately come across a number of CDs that feature a lot of guitar feedback. Luckily, there’s a fair amount of variety in the bunch. Tungsten 74’s take on feedback is an interesting combination of late-early to early-middle Pink Floyd style space jams (like “Set the Controls” with a fatter wall of distortion), some Sonic Youth style art noise, drifting wash-and-drone soundscapes, and sound bites from various sources. Credits are sparse, other than to note that the whole thing was recorded live at a studio in Amarillo, Texas. From the sound of it, there are almost certainly guitar, bass, drums, and keyboard players, with some or all of them doubling up on samples and manipulations. Whoever they are, they obviously have a sense of humor, with track titles like “Generic Foreign Accent”, “Upgrade to Flash Gordon”, and “What Hip-Hop Smells Like”. I don’t know if the music is improvised or composed, but it has the looseness of the former and the coherence of the latter, so I suppose it doesn’t matter. I would think this should appeal to fans of space, psych, improvised, and avant – how’s that for a combination?