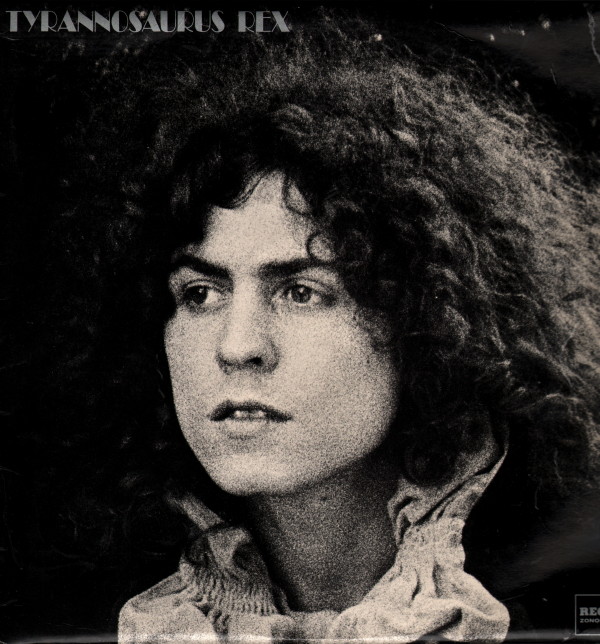 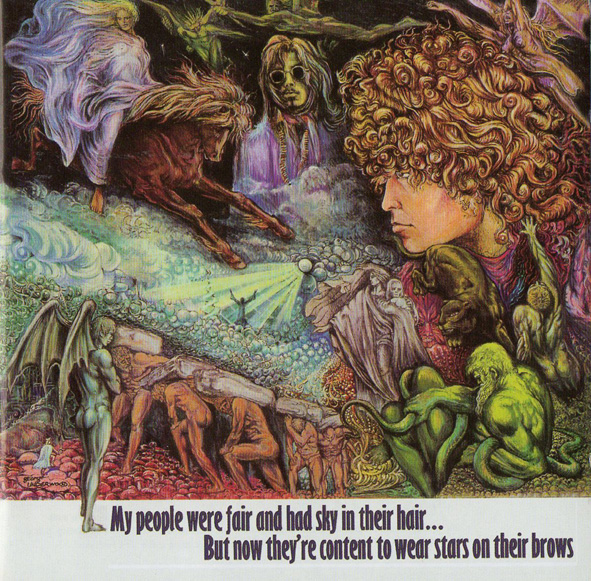 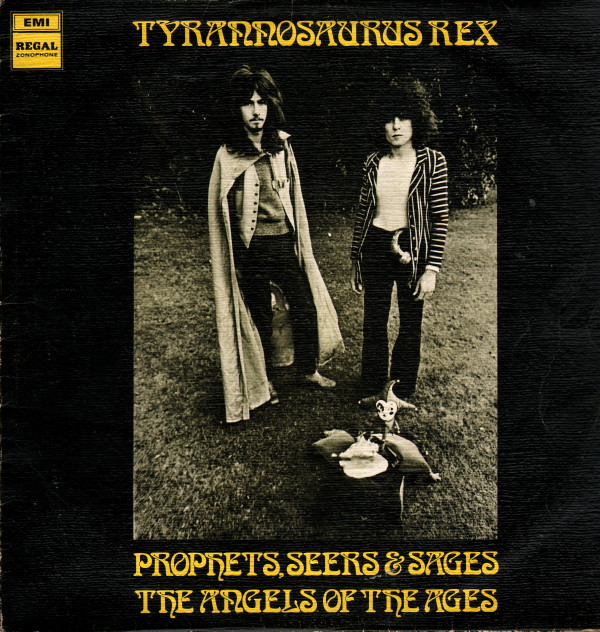 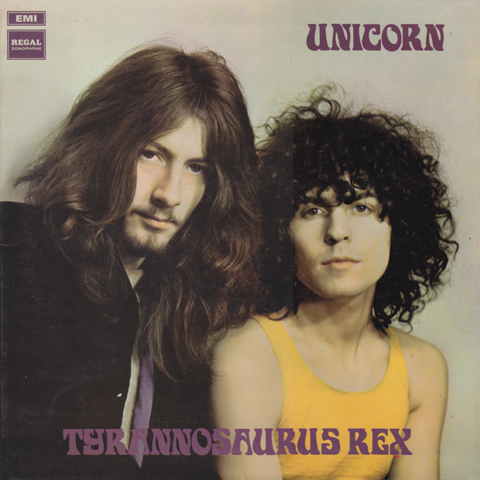 Here we have the long-awaited reissue of Marc Bolan’s earliest recordings, back when Tyrannosaurus was spelled out in full and electric guitars were unusual coloring rather than the foundation of the music. The first two albums (My People Were Fair and Prophets, Seers and Sages) were performed entirely by Bolan on vocals and acoustic guitar, with Steve Peregrin Took on percussion (mostly bongos), backing vocals, and pixiephone. For the third album, Unicorn, Tony Visconti adds piano on one track, and Took plays a drum kit; Bolan expands his playing to include keyboards. John Peel contributes spoken voice for a children’s story on each.

For the fourth album, A Beard of Stars, Took has departed, replaced by Micky Finn in the same basic role. As you might guess from the album titles and instrumentation, the music is basically psychedelic hippie folk, maybe the finest example of the genre (for what it’s worth). Bolan’s obsession with all things magical and mystical might seem a bit silly, or even annoying to many listeners, with song titles like “Knight,” “Aznageel the Mage,” “Dragon’s Ear,” and “Warlord of the Royal Crocodiles.” There are also a number of tunes showing his preoccupation with American lifestyles: “Hot Rod Mama,” “Mustang Ford.” And there’s the sheer nonsense titles, such as “Salamanda Palaganda.” Unless you’re a huge fan, I’d say any one of these reissued CDs could stand for the whole. The fourth album leans closely to the sound that T.Rex would become famous for, with some rollicking electric guitar and fuller sound. It still seems ironic to me that a band named after one of the most dangerous animals to ever live should be so gentle and lighthearted.