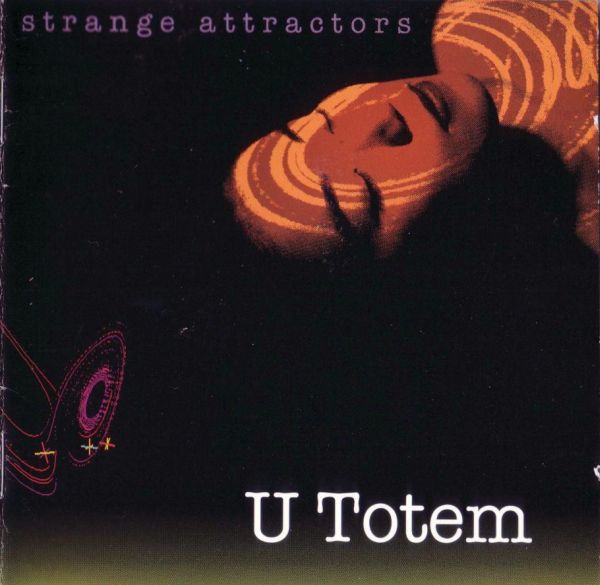 The two instrumentals that open this latest album by U Totem set the stage and tone for the remainder of the music on the album, an artfully crafted avant-garde rock blended with elements of neo-classical, jazz, Gothic, east and southeast Asian traditional music, and much more. For those not familiar with the genesis of this band, it developed out of collaborations between two L.A. area bands, the 5uu's and Motor Totemist Guild, around the time of the latter's Shapuno Zoo album. Shortly after, U Totem was born, featuring two members of each band. The band today is a six-piece featuring James Grigsby (bass, guitar, spoken voices), Emily Hay (flute, piccolo, lead voice), Sanjay Kumar (piano, keys, spoken voices), David Kerman (drums), Eric Johnson (bassoon), and most recently Steve Cade (guitar). There are many guests featured as well. Musically this is an outstanding effort, there is a little bit of everything here in a constantly changing carousel of styles and ideas — and like its predecessor (U Totem, 1990), it will take a few listens in order to get to know it, simply because there IS a lot going on here at many different levels, all very carefully arranged and played with intense precision. Yet this is friendly music, quirky at times, but easy to like and fairly accessible. It's not exactly rock, at least not in the conventional or typical sense, but progressive it certainly is. Like many Cuneiform releases, it's difficult to describe by comparisons, because it is fairly unique. For those listeners in the Saga/Marillion mode, this may be a little too adventurous for everyday listening, but I'd encourage you to give it a try anyway. Finally, the concept. While much of the music here is instrumental, all lyrics are directly from the story "Strange Attractors" written by James Grigsby, which occupies 20 pages of the booklet in fairly fine type. There are words in the story that correspond to songs that have no words ("Another June Sky," "Redskin," and "Agent White Fox," for example), and there is at least one song with Japanese lyrics ("Postcard") that appears nowhere in the booklet! So to avoid the confusion I'd recommend listening to the disc (as music) or reading the booklet (as a story), but don't try using the booklet to follow along.

Strange Attractors is the second CD from this West Coast ensemble whose 1991 self-titled debut remains one of the best avant-garde/RIO styled albums of the 90s. U Totem takes a strongly modern, expressionistic approach to their music, which is full of harsh dissonances, fragmented themes, and wildly dissimilar stylistic influences. On their newest release, their top-notch musicianship has been augmented by the addition of a guitarist as the group's sixth member, and as always, their challenging and highly complex music contains a tantalizing assortment of musical treats waiting for those willing to dig in. Strange Attractors is effectively the soundtrack to bassist James Grigsby's novella of the same name. The music follows the text, included in the liner notes, with recurring themes which suddenly shift with the action and dialog, and fractionated melodies and atomistic rhythms which reflect the surreal atmosphere of the work. Compared to their first release, which, though strongly avant-garde, flowed quite well through the use of classical counterpoint and a relatively steady rhythmic pulse from the percussion, Strange Attractors proves to be a much more difficult listen due to the abundance of abrupt thematic transitions as well as the deconstruction of the basic musical elements. The albeit diluted rock influence that was present on their self-titled CD is all but gone here, as even more elements are incorporated from the diverse grab-bag of influences that U Totem draws from. Folk, popular, 20th century classical, and non-western musics are all represented, mixed up and combined in bizarre juxtapositions. The vocals have changed as well; the more traditional singing on the first album is replaced here by a Sprechstimme style which is used to declaim the significant amount of text in the novella. With the caliber of the personnel in U Totem, and their track record in their respective groups, the 5uu's and Motor Totemist Guild, one would hardly expect them to succumb to the sophomore jinx and produce a stagnant rehashing of old ideas. Still, its a pleasant surprise to see just how far they've progressed compositionally and stylistically since their initial collaboration. Collectively, the members of U Totem and its parent groups represent one of the brightest spots in contemporary progressive music. Check them out.

This, the long awaited follow-up to U Totem's eponymous debut, features the band's original lineup (Sanjay Kumar, Dave Kerman, Eric Johnson, Emily Hay, and James Grigsby) as well as numerous guests, and musically follows in a similar vein. The main difference is that rather than a group effort, this recording seems to be a Grigsby solo album performed by U Totem. All lyrics and music are by Grigsby, which has given Strange Attractors a more uniform, less varied feel than the band's first. In fact, the album is based around a 20 page Grigsby novella which is included in the CD booklet. However, in terms of musicality and adventurousness, little is lost. Present is the expected interplay between Kumar's keys, Johnson's bassoon and Kerman's drums. Hay's voice is its distinctive self and Grigsby's bass playing is as strong as ever. Their sound is largely a more melodic and modern interpretation of Henry Cow / Art Bears eclecticism, with a nod to Zappa, 20th century classical, Indian and Middle-Eastern musics, and experimental jazz. Perhaps the only downsides to this effort is that parts sound all to similar to that of the first U Totem, and overall it lacks the emotionally powerful pieces of that album. The approach is rather dry at times, perhaps too insistent on telling the story of the novella than on writing music for its own sake. Still, to these ears, this is one of the strongest releases of 1994, and despite moments where I would have preferred a higher degree of complexity, I have to give it an enthusiastic thumbs-up.

Nekropolis 23 - Tidal Shift – Recorded in April 2004 at a studio space in Munich, these ten psychedelic jam tracks show the band at the peak of their intensity, working in a true improvisational spirit. Led by bassist Peter...  (2006) » Read more

John Wetton & Richard Palmer-James - Monkey Business 1972-1997 – When was the first time you heard “Exiles” or “The Great Deceiver” and were taken aback about the lyrics? It’s a pretty strange role to find yourself by trying to fill...  (2000) » Read more