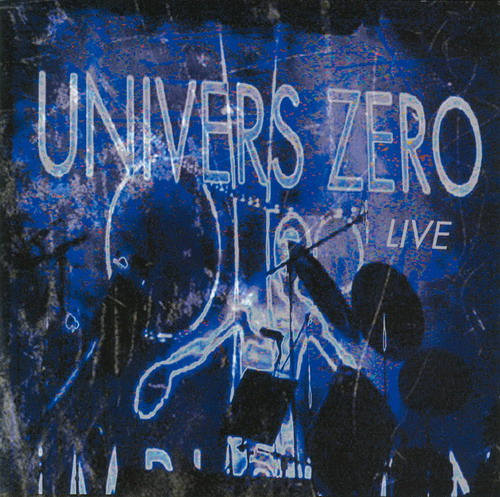 I remember back in the day when I first heard Univers Zéro’s debut LP, I just scratched my head in bewilderment; what were these guys doing? It wasn’t until after hearing a couple live bootlegs by them that everything fell into place and made sense suddenly. So with that said, this ‘official’ live album is long, long overdue. The performances herein were taken from two of the band’s recent gigs in June 2005, and certainly represent the current lineup at their most intense and telepathic. Featuring clarinet, tenor sax, oboe, bassoon, violin, electric bass and keyboards, they are half rock band and half chamber ensemble, the two sides intertwined and interconnected by the spirited playing and compositions of drummer and bandleader Daniel Denis, keeping both sides of the band’s sound in a perfect balance. Univers Zéro is one of those rare bands who have no single dominant focal point; instead the focal point shifts around constantly as they play, one measure to the next, as the various players form ever-changing subgroups within the overall fabric of the sound. This set begins with their 13 minute barnstormer “Xenantaya”, and moves along through a number of mid-length tunes, most of recent vintage; Denis even offers a rare drum solo at the beginning of “Falling Rain Dance,” while the set closes with the lead-off track from the Crawling Wind EP “Toujours plus à l’est.” Essential listening from the masters of chamber rock.