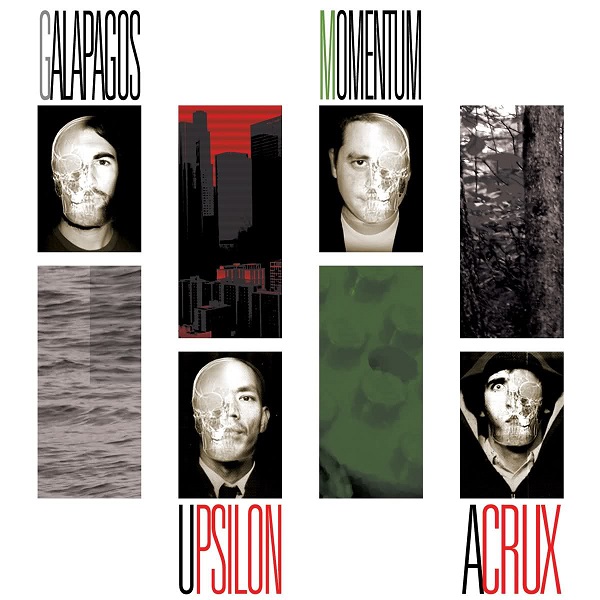 As math rock goes, Galapagos Momentum is like solving linear transformations in n-dimensional vector spaces while spinning around on a gyroscope ride at the carnival. For those of us crazy enough to enjoy such difficult and bewildering puzzlery, Upsilon Acrux may be the prescription of choice. Two guitars, bass and drums in a maelstrom of swirling and dizzying instrumental complexity, the compositional difficulty and busy rhythmic interplay between these four musicians is nothing short of stunning. Their music demands a listener’s full attention, but still finds enough groove to move the feet, at least for short periods between a seemingly perpetual procession of muscular mental moments. They balance all these elements amazingly well, ultimately giving their compositions a degree of musical humor, while avoiding the seemingly endless meandering that often plagues this type of music. They start, stop, go, reflect, and carry on with an uncompromising sense of purpose. I’m sometimes reminded of the very best of Ruins’ work, but without the distracting vocals and a full crew of instrumentalists. There are plenty of bands out there trying hard to play music this technical, but very few succeed to the level that Upsilon Acrux does, and so effortlessly.