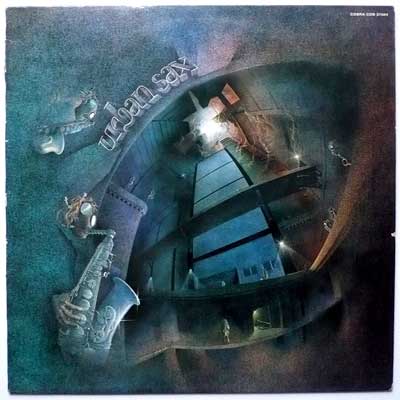 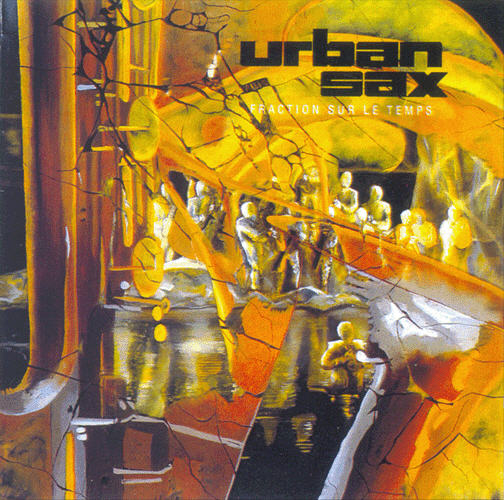 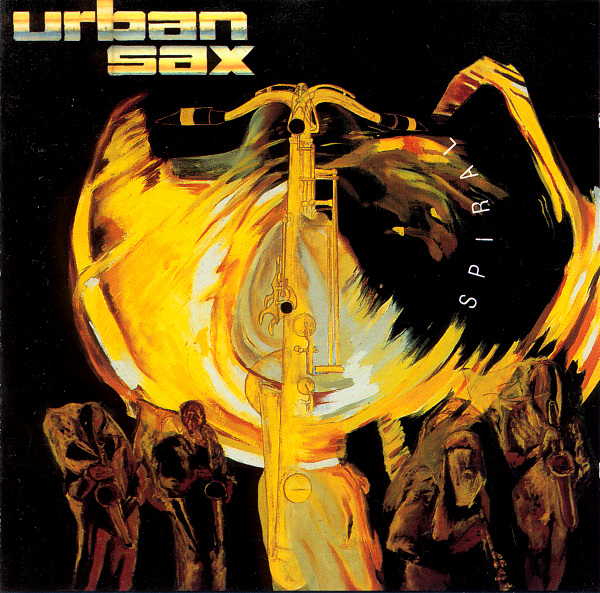 Legend has it that the idea for Urban Sax came into being around 1973, when the town of Menton in the south of France commissioned Gilbert Artman to reverberate the town with four amplified fixed frequency generators converging on a stage featuring eight saxophone players, as part of a promotion for a local classical music festival. The funds dried up before it ever happened, but the seed was planted. By 1976 Artman had assembled sixteen sax players that were interested in his ideas, and Urban Sax was officially born. When performing, the saxes were grouped together on separate stages, sometimes at fair distances to utilize the reverberation from nearby buildings, etc. to maximize the effect of the sound. The group later grew to thirty sax players, a mixture of altos, tenors, baritones, and basses, each player dressed in bizarre white outfits with masks and strange helmets, spread out over great distances, sometimes well beyond the line of sight. Eventually this necessitated the use of each player wearing FM radio receivers so that a central 'conductor' could give instructions. One of the most famous concerts was staged with groups of players at each station of the Paris Metro, the saxes reverberating down the walls of the subway from one station to the next. What? (You might be asking) Thirty saxophones? Keep in mind these are not thirty individual sax playes whipping out solos all at the same time, but instead something akin to a tightly controlled orchestra all working towards one goal, a single resultant sound, comparable in spirit to the massed guitars of Glenn Branca, but the end effect being closer to an acoustic answer to ambient electronic music, or early Tangerine Dream. Some comparisons to mid-period Art Zoyd could also be made on the later Urban Sax albums, where choirs are integrated into the sound. Waves of interference are set up between the saxes, one building on another, creating a total wall of sound that is both soothing and hypnotic, full of warmth and life.

The first Urban Sax record was released in 1978, utilizing sixteen players: one soprano and the rest split between altos and tenors. It contains two sidelong pieces called "Part One" and "Part Two." Similarly, the second album from '79 featured thirty saxes including two baritones and a bass, plus choirs and gong — the sound becoming more full and varied, and less foreboding. Again, it contained two sidelong pieces, this time "Part Three" and "Part Four." All of these first two albums have been reissued on a single CD, simply titled Urban Sax.

Although it wasn't mixed and released until 1985, Fraction sur le Temps was recorded in 1982, the lineup at that time having grown to thirty-eight saxes, a string quartet, four guitars, six percussionists, two keyboards, and a seventeen member choir. The music here, consisting of six shorter to mid-length pieces, is far more varied, offering the wider variety of sounds and textures available with the expanded lineup.

Spiral is a more recent album, again consisting of eight short to mid-length pieces, the major change being the prominence of the twenty-two piece choir, which shares the spotlight equally with the saxes, and three vibraphones, all which results in a far more ethereal and majestic sound than its predecessors.

All of these were briefly available around 1991, possibly in a limited edition run but were near impossible to find. Apparently this is a second edition which has been released in more sufficient quantities. The artwork and photos in the booklets give insight into the nature of the Urban Sax performances. For the beginner, I'd recommend Fraction sur le Temps as an ideal starting point, although every one of these is essential.