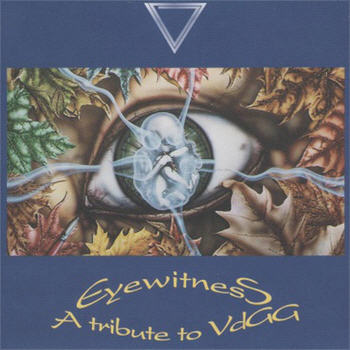 This one made it in just under the wire, finding release in the fading days of December. The fact that (at least in the USA) Van der Graaf Generator is not the household word that, say Genesis, Yes, and Pink Floyd are – and the fact that they had enough sense to call it a day before they made a major move toward commercialism – makes this tribute perhaps the most interesting of the lot. The material spans all of VdGG’s career, as well as some solo Peter Hammill tracks. Disc one kicks off with Landberk’s rendition of “Afterwards” – it’s immediately obvious they were the perfect band to cover that track. Anyone who has ever heard either of TNR’s albums knows well that Peter Hammill is a major influence, so who better to turn in a cover of “Last Frame”? Those who remember Alberto Piras from Progfest ‘95, the powerful and acrobatic lead vocalist with Deus Ex Machina will be happy to know they’ve offered an eight minute version of “After the Flood,” which is one of the album’s finest performances. Gizmo’s “House with No Door,” Germinale’s take on World Record’s “Meurglys III,” and Irrgarten’s “Still Life” are all solid and respectable performances from disc one, but French TV’s fourteen minute rendition of “Pioneers over C” adds a whole new dimension to that classic tune. But nobody did “Plague of Lighthouse Keepers”! Oh well... In fact the only noticeably weak track on the first disc is “Refugees” by Finisterre – a nice enough arrangement, but it’s the harsh vocals that do it in. Otherwise the entire first disc is a winner.

First up on the second disc is Epicentro, a band I’ve never heard of, covering “Lemmings.” Up to this point poor pronuciation of lyrics (like that which plagued many of the tunes on Mellow’s Genesis tribute set) has not been a problem, but here it appears for the first time. Also, the band sounds a little under-rehearsed at times. We continue onward with a cover of “Necromancer” by Luna Inconstante, followed by offerings from duo Nostalgia, Notturno Concertante, Art and Illusion, and Twenty Four Hours – the latter being another new name. Egoband’s “Arrow” is the only track pulled from Godbluff (What?! No "Sleepwalkers"?), a decent enough rendition, but as it goes, not that earth-shaking either. Men of Lake, a four piece that’s been around for some time and operates in a very-70s mode, has done an impressive cover of “Killer”; their tortured sounding vocalist is a perfect complement to Hammill, and this in fact may be the best track from the second disc. Jay Tausig’s Mellotron-drenched “Solitude,” followed by an essentialy solo “On Tuesday's Slender Threads,” is another standout from disc two. Overall, this is a worthwhile set, and one worth owning. I guess the fact that so much of Van der Graaf’s original material was solid to begin with (they never really cheesed out like Genesis and Yes), while remaining relatively simple to play, makes this one of the better tribute sets this year.

Only the Elk Remains