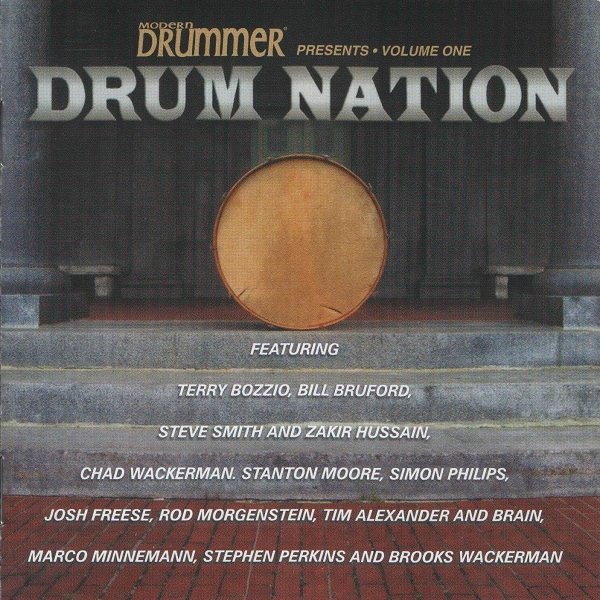 Magna Carta has aligned with Modern Drummer magazine to bring you the best of who’s out there pounding the skins in the music world today. Eleven drummers on twelve tracks give a severe cerebral pounding to their drum kits in genres ranging from rock to jazz and outright fusion. Leading the charge is Terry Bozzio, who does it all by his little lonesome on the lead track, “A Glimpse into a Deeply Disturbed Mind.” Next up is a new studio version of “Beelzebub,” done up by Bill Bruford’s newest incarnation of Earthworks. This time out it’s Tim Garland on sax ripping the lead lines Allan Holdsworth played on the original as the quartet embraces the track in a new acoustic, but high-energy approach. It’s also great to hear another Zappa/Holdsworth alumnus Chad Wackerman in a new project between Shakti member Zakir Hussain and Journey/Vital Information drummer Steve Smith, which results in a cool east meets west jazz intersection. Chad Wackerman serves up some rip-roaring fusion with a new quartet featuring Daryl Pratt on vibes. Simon Phillips also delivers the goods on “Manganese” that features Jimmy Johnson on bass and reminds me of the old Billy Cobham band circa my favorite Life and Times. Plus there are several other competent players represented as well. Overall it’s a wide plate of chops and brilliant percussion that succeeds in presenting the best of the best.

Cast - Al-Bandaluz – By this time, many readers will know what to expect from Mexico's Cast: complex, keyboard-heavy neo-progressive with lots of odd meters. They've stuck to that for what seems like twenty or...  (2003) » Read more